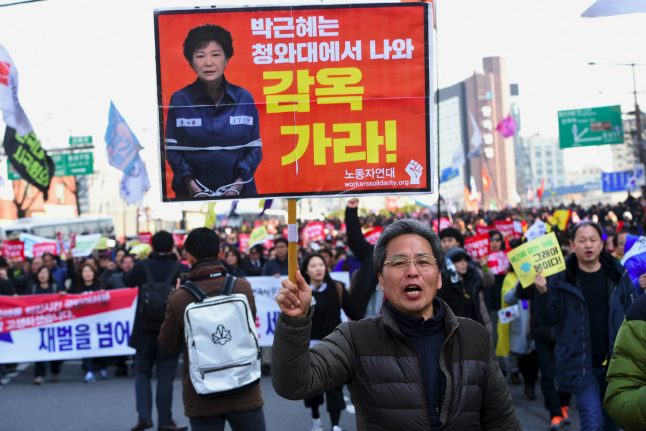 Chung, who has been remanded in custody in Denmark since January, is accused of complicity in a far-reaching economic corruption case.

The extradited woman is the daughter of Choi Soon-sil, a close friend of the now-impeached president South Korean president Park Geun-hye and one of the key figures in the corruption scandal that saw vast numbers take to the streets in Seoul to demand the president’s removal.

“After a thorough review of the case it is our conclusion that the conditions for extradition to South Korea are fulfilled,” deputy director Mohammad Ahsan of the Office of the Director of Public Prosecutions (Rigsadvokat) said in a press statement.

“I know that this case has had a lot of attention in South Korea. I am therefore also grateful that there has been understanding of the necessity to take the correct time in order to process the case correctly and in accordance with Danish law,” said Ahsan.

Choi Soon-sil – dubbed “the Korean Rasputin” – is accused of having abused her influence to extort large companies in the north east Asian country, including the Samsung corporation.

According to the charges, some of the money involved in the corruption case was used finance the purchase of luxury horses for Chung in Denmark as well as other countries.

The 20-year-old South Korean is also accused of cheating her way into the prestigious Ewha Women’s University in Seoul.

Chung has three days to appeal against the decision.