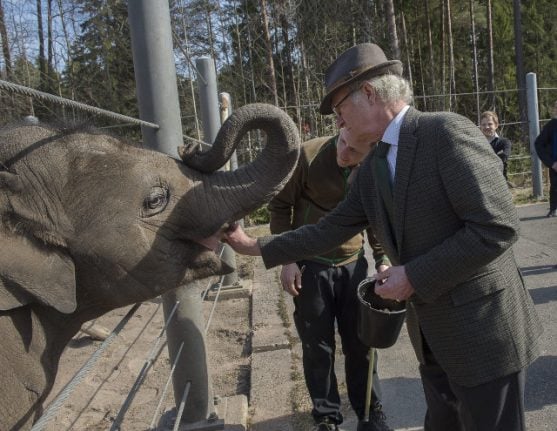 Namsai, a three-year-old Asian elephant calf at the Kolmården zoo in central Sweden has contracted the EEHV elephant herpes virus and is seriously ill, the park announced on Tuesday.

“There is no cure for EEHV, however treatment can suppress an outbreak and the elephant can survive if the disease is caught early and treatment begins quickly. Among the elephants that have been treated a few have survived,” the park said on its website.

Most elephants carry the herpes virus latently in their body without it breaking out.

Namsai's mother, Bua, came to Kolmården in 2004 after being gifted to King Carl XVI Gustaf by the late King Bhumibol Adulyadej of Thailand. The calf's father meanwhile is Tonsak, who was gifted to Denmark's Queen Margrethe II by the Thai king.