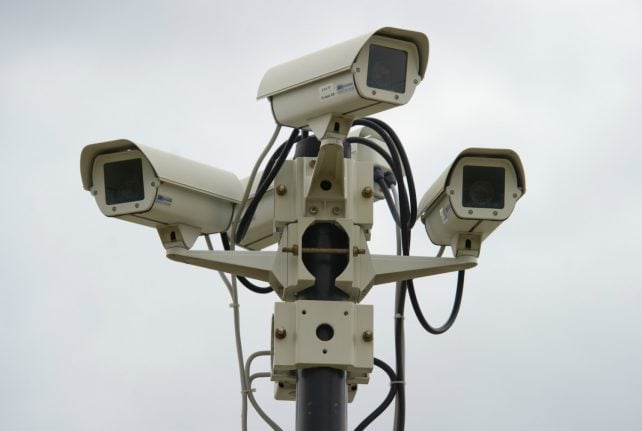 The law, drafted in response to a series of violent crimes in 2016, several attached to terror group Isis, will make it easier for private companies to install CCTV.

Specifically mentioned in the law as places where CCTV will become more prevalent are shopping centres, the area in front of football stadiums, and parking lots.

State authorities will still have the final say on whether CCTV can be installed in a certain area, but from now on security arguments will be given greater weight than those pertaining to privacy.

The package of laws passed by the Bundestag also allows for police to use technology to read the licence plates on cars in order to facilitate searches for wanted persons. Another law in the package means that police will now be able to wear “body cams”, a measure that is supposed to help protect officers when on operation.

The government defended the measures as necessary for ensuring public safety. But the opposition claimed that they constituted a massive intrusion on constitutional rights while offering no real security benefits.

Johannes Caspar, data protection commissioner in Hamburg, told the Bundestag that the law would “pave the way for total surveillance of the public space.”

Germany is leery of surveillance in public spaces due to the history of privacy infringements during the Nazi era and then in communist East Germany.

But recent experience with CCTV, for example in Berlin’s metro system, has demonstrated an impact on reducing violent crime.