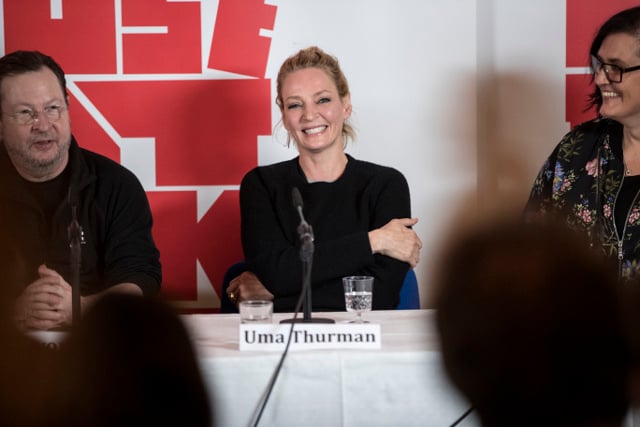 Von Trier's new feature “The House That Jack Built” is a serial killer movie, and is being shot in western Sweden.

US actress Thurman – no stranger to gore thanks to her roles in “Pulp Fiction” and “Kill Bill”, will appear alongside Matt Dillon and Bruno Ganz for the controversial Danish director's first feature since 2013's “Nymphomaniac”, which she also starred in.

“Uma and Lars first worked together on Nymphomaniac and complimented each other in an exceptional way; I can't wait to see which character they'll create together this time,” producer Louise Vesth said in a statement.

Thurman is part Swedish through her mother, and was given the Stockholm International Film Festival's Achievement Award in 2014.

Due out in 2018, the first stage of filming is taking place in Bengtsfors, close to the western city of Trollhättan which serves as the hub for the Swedish and Danish cinema industries. Shooting will move to Copenhagen in May.

“The House That Jack Built” is set in the 1970s and stars Dillon as Jack, an extremely intelligent serial killer who considers murder to be an art form.

“Despite the fact that the final and inevitable police intervention is drawing ever near… he is – contrary to all logic – set on taking greater and greater chances,” producers said.

Known for his black humour and shocking scenes of sex and violence, Von Trier has avoided the media since 2011 when he was kicked out of the Cannes festival for telling a news conference he sympathised “a little bit” with Adolf Hitler. He later apologised for the comment.