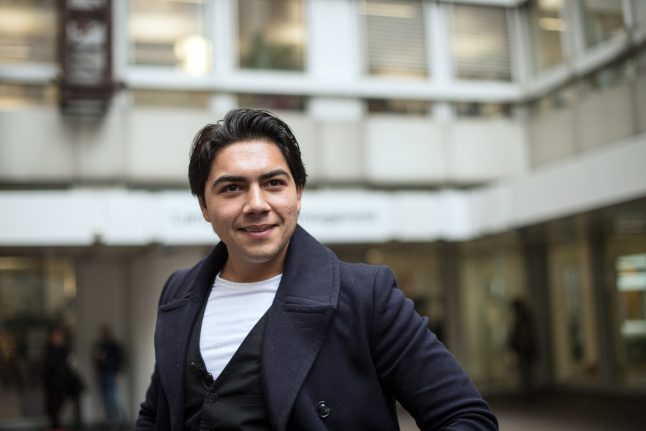 Nenad Mihailovic, who says he was stuck in special needs schools for years. Photo: DPA.

The now 20-year-old claimant argues that he was deprived of the chance to receive a regular education.

Nenad Mihailovic was born in Cologne to Roma parents and the family later moved to Bavaria. But when on the first day of school he could barely speak German, school administrators declared him mentally disabled and sent him to a special needs school.

When the family later moved back to Cologne, he was again placed in a special school – without school administrators properly reviewing that he belonged there, he says, according to the Kölner Stadt-Anzeiger.

Mihailovic repeatedly asked teachers to change schools, but nevertheless he remained there until he was 18 years old.

Finally, the parents’ association Mittendrin helped him get into a vocational school, where he is reportedly one of the best in his class, and now working to complete a secondary school certificate. Ultimately he wants to train to become a car salesman.

“Normally I would have already been long finished with my vocational training,” Mihailovic said.

“But they ruined this for me.”

According to Mihailovic, officials had failed to regularly review his mental development and whether he should truly remain in a special school, as required by law. His lawyer Anneliese Quack said that school officials had found Mihailovic to have only social and emotional deficiencies, but nevertheless continued to declare he had problems with “intellectual development”.

A spokesperson from the responsible Cologne authority declined to comment due to the ongoing nature of the case.

During the first day of the legal process on Tuesday, the court said it was difficult to assess the situation, but the lead judge noted that there were indications the young man had in fact been falsely attending the special needs schools: Mihailovic’s accomplishments did not seem to match with someone declared “mentally disabled”.

But head judge Reinhold Becker also said that it was not clear whether the school had in fact violated their educational duties. Both sides must now submit further documents and clarify their arguments.

The judge further noted that the larger question at hand is whether attending a normal school would have truly changed Mihailovic's life path. This is perhaps almost impossible to answer with certainty, but would be important for him to claim compensation.

According to parent groups like “Live Together – Learn Together”, Mihailovic’s case is not a one-off incident, and he is just one of a number of students defined as special needs who are denied a regular education.

“We know from our consulting work that there are many similar cases,” said Ingrid Gerber from the parent association.

The group further explained that special needs schools often have absolutely no interest in questioning whether a student previously defined as mentally disabled should remain at the school. The group posits that this is because schools fear for their own existence – since 2014 in the state, parents have the option of placing their mentally disabled children in regular schools.

The required yearly assessments are often not actually conducted, and children are also falsely diagnosed, the parental group asserts. 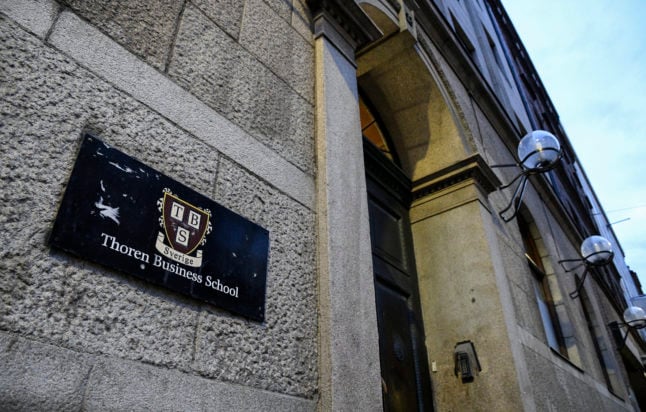 Thorengruppen educates 15,000 pupils in Sweden through its chain of primary schools, upper secondary schools, SFI language schools and professional training schools. It currently has applications outstanding to open 28 new schools or other educational establishments in the country.

“We have judged that the shortcomings in the applicant’s existing establishments are so serious that in the current situation the conditions are not in place for them to run additional ones,” said Carin Clevesjö, the head of the inspectorate’s school permits division.

According to Sweden’s state broadcaster SVT, the inspectorate discovered in the spring that pupils at the group’s Thoren framtid primary school in Älmhult had not received any tuition at all in Geography for two years, with schools in Sundsvall and Solna showing similar severe failings. The group has been ordered to pay a total of half a million kronor in fines.

In its decision, the inspectorate said that this demonstrated that the company did not have the “wherewithal to follow the relevant requirements”.

In an email to SVT, the group’s head of new schools, Christina Runesdotter, said it was wrong to judge the quality of the group as a whole from a few individual cases.

“We consider that one cannot judge the quality of a huvudman [an entity responsible for a school] from individual cases,” she wrote.