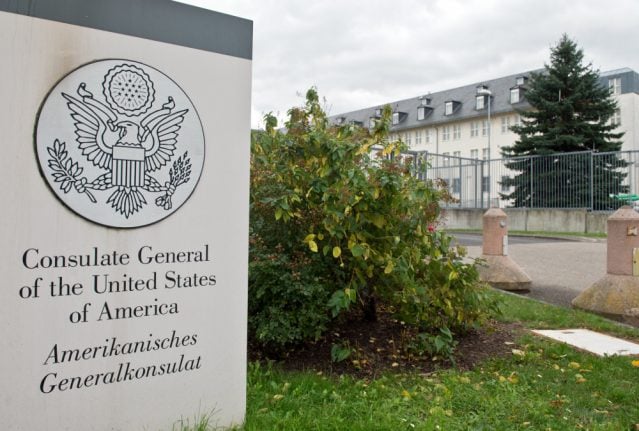 The US Consulate in Frankfurt. Photo: DPA.

In a leak described by the whistleblower organization as “the largest intelligence publication in history”, WikiLeaks released nearly 9,000 documents that it says reveal the CIA’s hacking arsenal.

“The quantity of published pages… already eclipses the total number of pages published over the first three years of the Edward Snowden NSA leaks,” WikiLeaks states.

One expert who examined the leaks told the Associated Press that it appeared legitimate.

WikiLeaks said the “Vault 7” release on Tuesday exposes the “entire hacking capacity” of the American intelligence organization and how it covertly hacks into devices like iPhones, Android phones, Microsoft Windows and even Samsung TVs, turning them into secret microphones.

It claims that by the end of last year, the CIA’s hacking unit had more than 5,000 registered users who had produced thousands of hacking systems, trojans, viruses and “weaponized” malware.

“The CIA had created, in effect, its “own NSA” with even less accountability and without publicly answering the question as to whether such a massive budgetary spend on duplicating the capacities of a rival agency could be justified,” WikiLeaks states in the release.

The source of the leak is said to be a former US government hacker or contractor, who was able to get hold of the documentation after the CIA lost control of most of its hacking arsenal, WikiLeaks states.

The US Consulate in Frankfurt was reportedly used as a “covert base” for hackers in Europe, the Middle East and Africa. These hackers were given diplomatic passports with State Department cover, and were instructed to tell customs officials that they were technical consultants for the consulate.

Once in Frankfurt, WikiLeaks says the hackers could travel without border checks throughout Europe’s Schengen area. Hackers would then target certain workplaces with USB sticks containing malware, and insert the sticks into a computer to infect or exfiltrate data.

One attack system, Fine Dining, reportedly has 24 decoy applications for hackers to use, making a computer screen display videos, slideshow presentations, fake virus scanners, or computer games – all while the malware attacks the system.

“As a matter of policy, the US State Department does not comment on specific intelligence allegations,” the Frankfurt Consulate told The Local, declining to comment on whether the documents were authentic.

The report also says that by 2014, the CIA had started looking into how to infect vehicle control systems, potentially for the purpose of conducting undetectable assassinations.