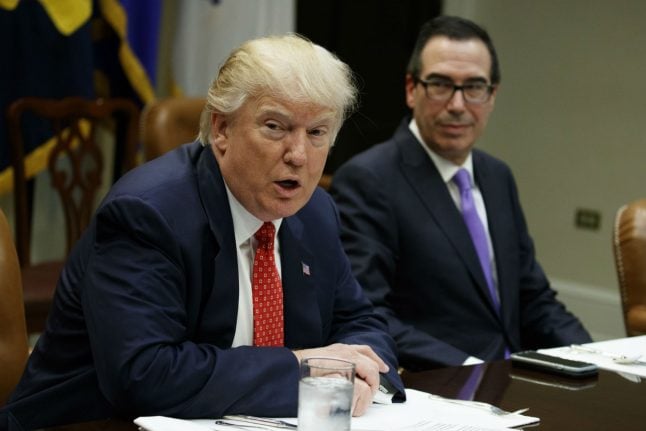 “Trade policy is the responsibility of the European Union,” a spokesperson for the Economy Ministry told its US counterparts when they tried to open discussion on trade, Spiegel reported on Tuesday.

Peter Navarro, who heads the White House's new National Trade Council, called for bilateral talks to reduce the US trade deficit with Germany on Monday.

“Germany is one of the most difficult trade deficits that we are going to have to deal with,” the Financial Times reported Mr Navarro saying.

“We are thinking long and hard about that and I know that Angela Merkel is coming here soon and perhaps we’ll be having some discussions about how we can improve the US-German economic relationship.”

But the Economy Ministry spokesperson rejected the US argument that Germany’s large trade surplus could be eradicated through negotiations.

The surplus is “the result of demand in the markets” and “a testament to the competitiveness of the German economy,” he said.

The new US administration under President Donald Trump has been clear that it aims to reduce the country’s massive trade deficit, employing aggressive rhetoric against countries such as Germany which have large trade surpluses.

Navarro recently accused Germany of “exploiting” the US, claiming that an “undervalued” Euro was giving Berlin an unfair trade advantage.

German Finance Minister Wolfgang Schäuble rejected Navarro's criticism again on Tuesday, saying “no one can claim that we achieved this surplus through any form of manipulation”.

Other members of the Trump administration have clearly signalled that they would rather negotiate with individual European countries on trade than with the EU as a whole.

Steven Mnuchin, US Secretary of the Treasury, is set to travel to Berlin in the coming weeks. Germany’s Finance Ministry expects the trade surplus to come up in conversation, according to Spiegel.