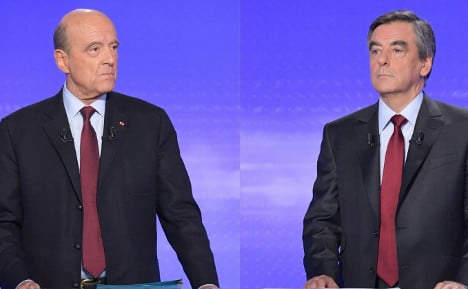 Juppe, 71, was seen as the most obvious replacement for Fillon, whose campaign has been plagued by the Penelopegate 'fake jobs' scandal, but he has consistently ruled himself out of contention.

On Monday he made it clear he would not come to the rescue of the French right, despite receiving “many calls” from those within his party appealing for him to step forward.

At a press conference in his hometown of Bordeaux, Juppe said that the election was being held in “confused” conditions but “I confirm for a final time that I will not be a candidate to be president of the republic.”

Juppé admitted he wouldn't be able to bring the right together to create the necessary unity to win the election.

After losing the November primary to Fillon, Juppé had committed his support to the winning candidate and repeated that backing even after the Penelopegate scandal broke. However it appears any goodwill he had towards Fillon has been used up.

Juppé had some stern words for his rival, however whose defiance of the justice system and criticism of the media and “obstinacy” had led the party to a “dead end”.

After Fillon's convincing win in the November primary, he was considered a certainty to win the presidency, with Juppé saying “he had a boulevard in front of him”.

That open goal  no longer exists with the latest polls suggesting Fillon would be easily beaten in the first round of the presidential election on April 23 by both liberal Emmanuel Macron and the far right Marine Le Pen.

The question is what does the French right do now?

Ex-president Nicolas Sarkozy has proposed a meeting with both Juppé and Fillon to find a way out of the crisis.

Despite a raft of desertions from his own camp, Fillon came out fighting again during a prime-time TV interview on Sunday, seemingly buoyed by a large rally by his supporters in Paris on Sunday.

Fillon, fired up by the rally in the shadow of the Eiffel Tower attended by tens of thousands of flag-waving supporters, hit back at suggestions Juppe could replace him on Sunday.

“If the voters of the right and the centre wanted Alain Juppe, they would have voted for Alain Juppe,” he said.

Fillon's British-born wife Penelope, who accompanied him at the rally, broke her silence earlier Sunday, telling Le Journal du Dimanche newspaper she had carried out “a lot of different tasks” for her husband during his lengthy
career.

She had also urged him to “keep going to the end” but said only he could make the final decision.

The chaos in Fillon's camp has made an already unpredictable election even harder to call.

Polls suggest that Macron would beat Le Pen in the decisive second round, but after the shock of Donald Trump's rise in the United States and Britain's vote to leave the European Union, analysts caution against bold predictions.