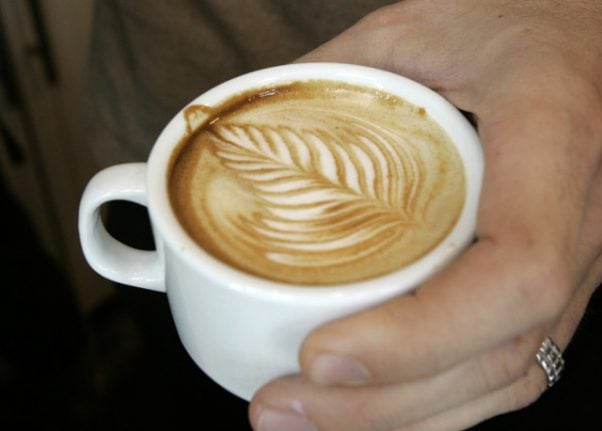 The first official edition of the Swedish Coffee Championship has just been held. Photo: Keith Srakocic/AP

The Swedish Coffee Championship (Svenska kaffemästerskapen) was held outside of Stockholm for the first time earlier this week. It saw 40 competitors battle it out in Jönköping to be named the champions of five different disciplines: brewing, barista work, latte art, roasting, and tasting.

And it looks like southern and western Sweden are the areas dominating the disciplines, with capital city Stockholm failing to claim the top spot in any of the categories.

Henrik Arvidsson from Blekinge Kafferosteri in the south was judged to be the best roaster for example, and he will now go on to represent Sweden in a coffee roasting world cup in China this December (yes, that really exists).

But by far the biggest winner was Gothenburg coffee company Da Matteo, which won the latte art, barista work, tasting and brewing competitions. They have been making specialty coffee for over a decade now, and have noticed a change in Sweden's attitude to the black stuff.

“Dark-roasted coffee of a very low quality is traditionally what is associated with Swedish coffee, but a lot is happening in Swedish coffee culture. The speciality coffee industry, where people roast a higher quality coffee in smaller amounts, has grown a lot in the last ten years. Consumers are also getting more interested in the product they drink, and ask for a higher standard,” Pernilla Olow Gard from Da Matteo told The Local.

We won big time last night. Won all four competitions that we competed in and the baristas not winning took all the top spots. This team is unbelievable in their focus, passion, creativity and most of all team spirit. This is certainly a team effort and the result of engagement in coffee competitions since the very beginning – competing, judging, organizing and helping setting rules and moving the industry forward. Thank you to this team, our current and former staff members, guests, suppliers, customers.. Thank you @scaesweden, @specialtycoffeeassociation and @wcoffeeevents. Humbled and proud. #damatteo #damatteocoffee #peopleofdamatteo #sscf2017 #coffeechamps

While the Swedish capital has seen chains like Starbucks start to take over in recent years (the first only opened in 2010, but the number of branches of the US giant in the greater Stockholm region now reaches double figures), Da Matteo's home city of Gothenburg has a different attitude. There, local cafés are still the dominant force.

“The fact that there's only one Starbucks is a good indication. There are some local chains taking up part of the share, and on top of that I think Gothenburgers appreciate their local café a lot. It’s a café city, that’s for sure,” Olow Gard concluded.