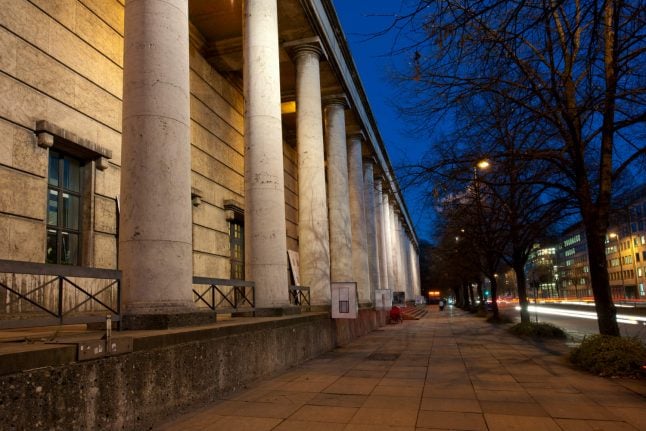 The remarkable claim that the controversial US religion could have infiltrated the Haus der Kunst, one of the most important art galleries in Munich, was first reported in the Süddeutsche Zeitung (SZ) on Wednesday.

At the centre of the controversy is the head of the museum's human resources department, who is responsible for hiring staff and setting salaries.

Despite his position of prominence, the man has technically been working for the museum as a consultant since the mid-1990s – a very unusual state of affairs, according to the SZ.

Isabell Zacharias, the cultural spokesperson for the Social Democrats (SPD) in Bavaria, was the first person to look into rumours that an avowed Scientologist was employed in a leading position at the state museum.

“This is a building with a certain history. It was built by the Nazis in the 1930s and is known around the world for this. And now there is a man in an important position there who belongs to an organization with fascist-like structures,” she told The Local.

Zacharias claims to have information suggesting that there are more employees at the museum who belong to the controversial US church, although these people are not in senior management positions.

“For me this is a no-go,” she said, explaining that “if we were talking about a private organization, I wouldn't care, but this is a state institution which gets big grants every year.”

Germany does not recognize Scientology as a religion, unlike the United States, and tends to view the organization with a high level of scepticism.

Courts have ruled in the past that the group is engaged in activities that are subversive to freedom and democracy and should be subject to closer surveillance.

Scientologists are not banned from working in Bavaria, reports Die Welt. But since 1996, applicants for public sector jobs have to declare their membership of the church. The Haus der Kunst is not part of the public sector, despite receiving public funding.

Bavarian culture minister Ludwig Spaenle, himself chairman of the museum’s board, confirmed to the SZ that the Bavarian intelligence service is now investigating the case.

“We are all very aware how serious this situation is,” Spaenle said.

But for Zacharias, the Bavarian government's reaction has been “a scandal.”

“They have known for 25 years that a leading manager at the museum is a Scientologist.

“Even when there was an official complaint made to the museum board a year and a half ago [by the museum's employee committee], they did nothing,” she said, explaining that the culture minister had “a very Bavarian attitude” of keeping things quiet to protect the museum's reputation.

Zacharias was not able to provide evidence that the man's membership in the Church of Scientology had had an effect on working conditions. But she said that she “assumed” the church's “strong hierarchical structures” – which she compared to those of Nazi Germany – had affected his management style.

“I can say that there has been a very, very bad atmosphere at the museum for months and he has done nothing to improve it.”