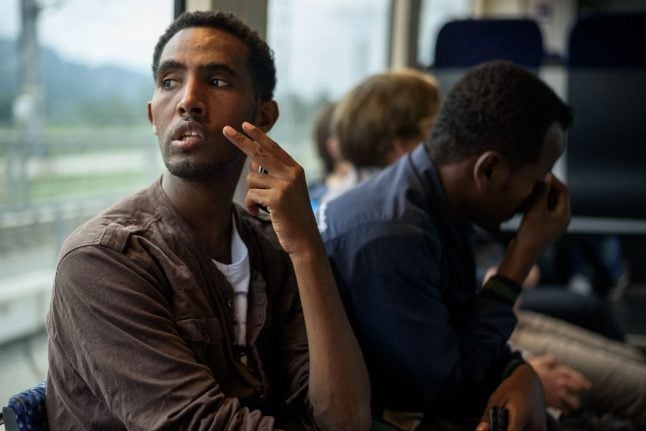 “When I have to go to Brandenburg for work, I go – but I wouldn’t bring my daughter with me,” said Yonas Endrias, an adoptive Berliner.

Endrias, originally from Eritrea, has been involved for years in associations that fight discrimination against black people in Germany, and is one of dozens of people of African heritage consulted by a three-person team sent by the UN to look into racism.

“Racism is particularly bad in Saxony,” Endrias said, adding that working with Saxon law enforcement posed a real problem “because the police there don’t really know what racism is”. Even the deputy leader of Saxony admitted last year that the state's police had a racism problem.

The Eritrean's comments formed part of a preliminary report by the UN team on their week-long visit to Germany, presented at a press conference in Berlin on Monday.

The UN group  – two lawyers and a human rights expert – visited Berlin, Dessau, Dresden, Frankfurt, Wiesbaden, Düsseldorf, Cologne and Hamburg from February 20th to 27th. Even after their first visit, the team were clear that they saw systemic problems with racism in Germany, and an “incomplete understanding of history” that makes the situation largely invisible to the rest of the population.

“Although the constitution guarantees equality, bans racial discrimination and enshrines the inviolability of human dignity, these principles are not put into practise,” the group concluded.

They expressed particular concern that African men are often too afraid to enter certain parts of the country, due to fear of being attacked.

But the report was also sharply critical of the school system.

“Many African Muslim pupils at German schools describe their experiences as traumatic, as they not only experience racism as black people but also as Muslims,” the report noted.

“According to what we have heard from civil society, more and more children from African backgrounds are being given marks by teachers which block their paths into higher education.”

The group also accused the police of racial profiling, and said that “institutional racism” and racist stereotypes has led to a failure by authorities to thoroughly investigate and prosecute people who commit racist violence and hate crimes.

“The repeated denial that racial profiling exists in Germany by police authorities and the lack of an independent complaint mechanism at [the] federal and state level fosters impunity,” said Ricardo Sunga, head of the UN team, in a statement.

The group also noted that street names such as Mohrenstraße were insulting to Africans, according to Die Welt. Mohr is an outdated German word for a black person.

“People of African heritage live right a the bottom of German society. The only jobs left for them are the ones no one else wants to do,” the UN experts concluded.

The report put forward some preliminary recommendations, including that Germany should gather statistics on the number of people with African roots who live in thefsu country.

According to Sunga, there are as many as one million people with African roots in Germany – over one percent of the population – and gathering more information on them would “make them visible.”

The final report is to be published in September.

READ ALSO: 'I'm an American and I was racially profiled in Berlin 23 times'