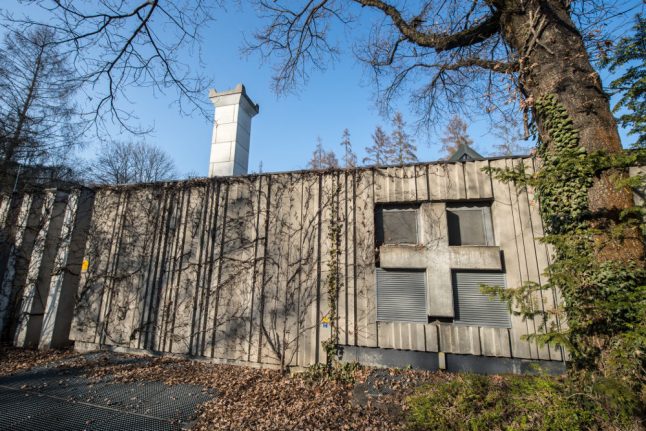 The crematorium under investigation in Regensburg. Photo: DPA.

Employees of a crematorium in Regensburg, Bavaria, are currently under investigation for mixing in the burnt up extra body parts of other people into cremated remains.

State prosecutors said on Wednesday that they were looking into up to 200 cases between 2011 and 2015 involving violations of waste management as well as of desecrating graves. The crematorium was searched and documents were seized by authorities on Tuesday.

“The body parts did not come from other corpses, but probably from medical procedures such as amputations or the removal of tissues, like for blood tests,” said chief prosecutor Theo Ziegler.

These body parts and tissue samples should have been disposed of properly as special waste. The motive behind the potential violations is still unclear, though Ziegler said it could have been for some kind of personal gains. The origins of the extra body parts is still to be investigated.

“If the accusations are confirmed, it would constitute a clear crime of desecration of graves,” said spokesperson for the Federal Association of German Undertakers, Oliver Wirthmann.

Such an occurrence would be appalling and could not be justified in any way under the ethics of cremation, Wirthmann added. Each cremation must be performed individually so as to avoid the mixing of ashes, he explained.

Four employees also reportedly used donations of unknown amounts for themselves on two occasions last year. And two urns sent as normal packages were charged with an additional €40 as if they were sent as special orders. Prosecutors say that these cases constitute fraud.

The Regensburg crematorium isn’t the only one to come under such suspicion of meddling with the deceased in recent years.

In Nuremberg, employees at a crematorium were found guilty in 2009 of selling the gold from corpses teeth to jewellers, amounting to €130,000.

In Gießen an undertaker at a crematorium was convicted in 2014 for opening up coffins and stealing jewellery.

In Bad Kreuznach, Rhineland-Palatinate, an undertaker was found in 2013 to have filled urns with sand rather than the person’s ashes.