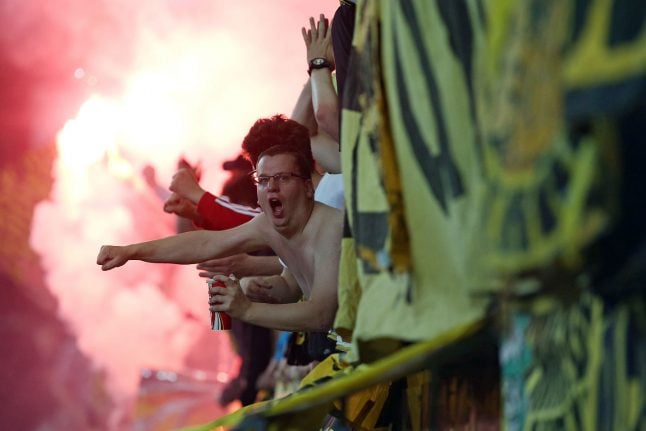 The south stand, known as the 'Gelbe Wand' (Yellow Wall), holds 25,000 supporters at Borussia's 80,000-capacity Signal Iduna Park stadium and will be closed for Saturday's home league match against Wolfsburg.

Dortmund had until noon on Monday to accept the punishment handed out by the German Football Association (DFB) last Friday to close the stand and fine the club €100,000.

“After weighing up the arguments, Borussia Dortmund has decided to accept the DFB's penalty and the drastic punishment of closing the entire south stand for the Wolfsburg match,” said Borussia in a statement.

“We are also currently preparing measures and sanctions against the perpetrators as a consequence of the incidents and will present the results in the coming weeks.”

The heavy sanction has been handed out after hooligans threw stones and bottles at visiting RB Leipzig fans, including families with children, before a Bundesliga match on February 4th.

Police made 28 arrests, four officers were injured and 10 Leipzig supporters were hospitalised for treatment due to the violence before kick-off.

During the game, some 60 banners bearing anti-RB Leipzig slogans, many of which were offensive, were held up by Dortmund fans in the south stand.

Dortmund bosses have apologised to their RB Leipzig counterparts.

Officials there warning on Saturday that unexploded bombs dropped by Allied forces during the war might be buried in four sites in a heavily populated part of the city centre.

Workers had detected anomalies during construction work, they announced on the city's official Twitter.

Two unexploded bombs weighing 250 kilogrammes each, one British and the other American, were found and made safe. Searches for another two suspected bombs turned up nothing.

The precautions included the evacuation of two hospitals and the interruption of rail traffic.

The discovery of World War II bombs is not uncommon in Germany.

Last September a 250-kilo bomb was made safe in Hanover, with 15,000 people evacuated.