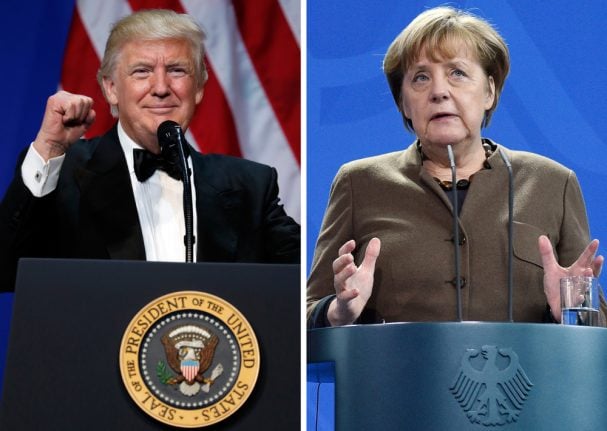 In light of recent clashes between German politicians and Donald Trump, it's fair to say that relations between the German and American governments aren't at record highs.

A recent poll even confirmed that German trust in the transatlantic relationship has dropped to almost the same level as public trust in Russia.

With that in mind, The Local took to the streets of Berlin to ask the opinions of everyday Germans on where they think the relationship will be in a year's time.

Some people we met remained very optimistic, and didn't envisage the relationship changing at all.

Lena, 21, thought that the USA and Germany both undeniably needed each other. She said that while relations would be more difficult, nothing would change overall.

Klaus, 74, agreed, saying that America is Germany's best friend, and while he thinks that Trump may not be the man for the job, he is only one man. The relationship between the two nations as a whole will stay good, he said.

But others were more pessimistic, blaming Trump for the breakdown.

One woman said: “I hope everything will be alright, but knowing who Donald Trump is, I don't think the relationship will be so good.”

Perhaps the most pessimistic comment came from a middle-aged man we met on Friedrichstraße in central Berlin.

“A lot of things that have been developed in the last decades will be destroyed,” he surmised.