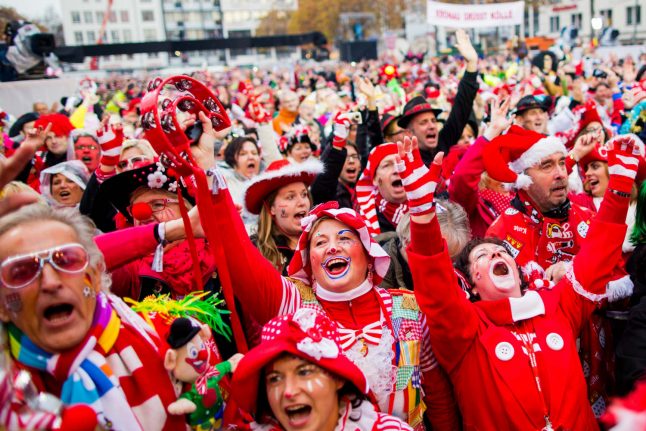 In the incendiary letter, police told refugee home administrators that they should not organize trips for their residents to the Karneval celebrations, since these could lead to “undesired interactions” with the general public, the Kölner Stadt Anzeiger (KSA) reports.

Last year various groups last year had organized outings with refugees and Germans to introduce newcomers to the tradition.

The letter further told refugee home workers to tell their residents to allow themselves to “undergo police searches without complaint.”

Police have confirmed the existence of the letter.

Petra Jennen, an official from the central refugee centre in Leverkusen, told the KSA: “I won’t be telling the families we have living here that they can’t go to the carnival parade.”

She added that the request that refugees subject themselves to checks without complaint is “very unfair.”

“They would never think of making the same request to a German citizen.”

Many cities throughout North Rhine-Westphalia, Germany’s most populous state, will hold Karneval celebrations later in February.

The biggest celebrations in Cologne attract millions of visitors and kick off this year on February 23rd with Weiberfastnacht.

Criticism of the letter also came from political parties in the western state.

“The accusation of racial profiling is rightly being made. The refugee council has pointed out that we live in a state of law in which no one must put up with being singled out for special treatment without complaint,” wrote Marion Heuser, spokeswoman on political affairs for the Green party, on Facebook:

“Karneval should be understood as a colourful and mixed celebration. And now refugees should be kept away from it? Is this about a subject feeling of safety again?”

Police in the state have already faced accusations of racial profiling once this year, after using the term “Nafri” to describe North African immigrants who arrived at New Year celebrations in Cologne.
At the time, Green Party leader Simone Peter questioned whether police overstepped their legal limits “when a total of almost 1,000 people were checked and sometimes detained because of the way they look”.
Other politicians supported the police, saying that there was a problem with immigrants from North Africa pick-pocketing in the Cologne city centre. Many of the suspects for mass sexual assaults during New Year in Cologne the previous year were also from North Africa.
However, Cologne police later revealed that of the more than 650 people they had identified during the most recent 2016-17 New Year celebrations, very few were from North Africa.