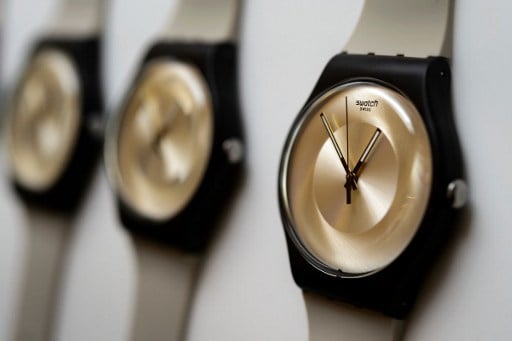 File photo: Fabrice Coffrini/AFP
Swatch owns luxury brands such as Breguet, Omega, Longines, Hamilton and Calvin Klein watches.
Net profit fell 47 percent to 593 million Swiss francs (554 million euros, $598 million), compared with analysts' forecasts centred on 666 million.
Sales were also below target at 7.5 billion francs, compared to expectations of 7.7 billion.
Watch and jewellery sales dropped by just under 11 percent as a marked slowdown in 2015 ran into early 2016, it said.
The end of last year, however, saw fresh movement in sales, especially in China, Swatch said.
“The months of November, December and January showed, particularly in mainland China, very good growth in the Watches and Jewelry segment, with a substantial improvement in operating margin,” the group said in a statement.
“Based on the positive development of the last three months, healthy growth is expected for the year 2017,” it said.
Swiss watchmaking had a bad year in 2016, when the industry's sales dropped by ten percent after a 3.3 percent fall in 2015, calling time on five years of uninterrupted growth.