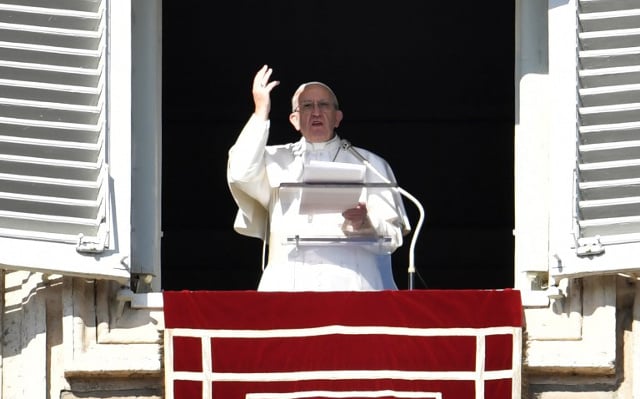 “Naturally, there is concern,” the Holy See's number three, Monsignor Angelo Becciu, said on the Catholic TV channel TV2000, in response to a question.

“We are builders of bridges, far less of walls, and all Christians should emphatically reaffirm this message.”

Becciu noted that Pope Francis had repeatedly stressed the need “to integrate those who arrive, who come into our society, into our culture.”

Trump has run into a storm of criticism since signing orders to build an anti-migrant frontier wall with Mexico and temporarily ban nationals from seven countries – Iran, Iraq, Libya, Somalia, Sudan, Syria and Yemen – for 90 days.

During his election campaign, Trump labelled the pope “disgraceful” after the pontiff said the policy of building walls to keep out immigrants was not Christian. At the time, the pope still said he would be happy to meet the real estate mogul and wanted to give him “the benefit of the doubt”.

In January, the pope warned against populism the day after Trump's inauguration, saying that it lead to the election of politicians presenting themselves as 'saviours', like Adolf Hitler did.

However, he underscored that it was too early to pass judgement on Trump.

“Let's see. Let's see what he does and then we will evaluate,” he said.