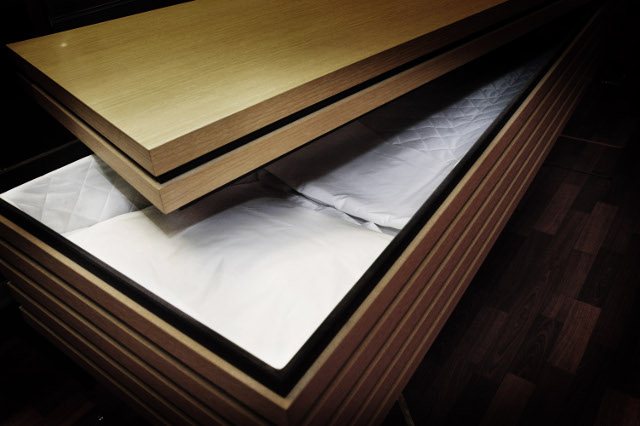 A file photo of a coffin not related to the story. Photo: Nina Varumo/SvD/TT

According to a survey by pollsters Sifo which was commissioned by funeral provider Fonus, seven out of ten Swedes want an environmentally friendly funeral.

Shrouds made out of organic cotton and locally produced funeral flowers are some of the common requests.

“The idea is that every little helps. If we start to improve waste, for example, everything we do helps,” Fonus marketing head Peter Göransson told news agency TT.

The options available to reduce the environmental impact in the afterlife are surprisingly large. They include an environmentally friendly coffin or urn, having ashes scattered instead of keeping them in an urn, sustainably produced gravestones, choosing a shroud made out of organic cotton, using fossil fuel-free biodiesel during funeral and burial transport, and locally produced food and flowers at the service.

Anyone hoping to find a more environmentally conscious alternative to burial or cremation however will have to make do with the standard options in Sweden. A controversial “freeze drying” method of freezing bodies in liquid nitrogen then shattering them through vibration, which was invented by a Swedish biologist in the 1990s, is currently not available.

The company which attempted to make it an everyday reality has gone bankrupt, and as such, traditional methods will have to do. Even for hardcore environmentalists.

“The Swedish burials act (Begravningslagen) has approved those two options, and we can’t influence it,” Fonus spokesperson Göransson concluded.