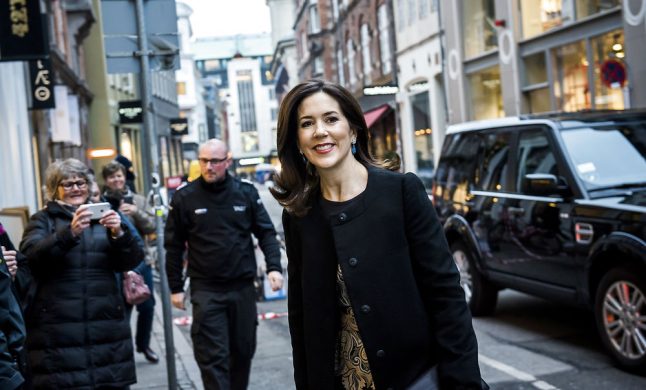 No island for Mary, but we imagine she'll survive. Photo: Thomas Lekfeldt/Scanpix
The supposed lavish present for Crown Princess Mary’s 45th birthday was first reported by Australian magazine New Idea and then picked up by the Daily Mail and others.
The outlets reported that the heir to the Danish throne shelled out $10 million, or around 69 million Danish kroner, for an island off the coast of Tasmania, where Mary was born. According to them, the purchase is a done deal and had already been dubbed ‘Isle Mary’.
But according to the Danish Royal House, the entire report is rubbish.
“It’s not right. We can clearly refute it,” a spokesperson told Danish broadcaster TV2.
The royals also issued a denial to the Australian Associated Press.
“We can deny that HRH The Crown Prince has purchased an island off the coast of Tasmania,” a press statement to AAP stated.
This is hardly the first time that the Danish Royal House has refuted stories in the international press.
In October 2015, the Danish Royal House blasted a Daily Mail article about Princess Mary as untrue and based on a serious case of identity theft. The Daily Mail, the largest English-language news site with more than 11 million readers, had published a critical article that alleged that the relationship between Princess Mary and her Australian family is strained to the point of becoming a “bitter family feud”.
The previous year, the royals dismissed as “nonsense” a report in the Australian press that Queen Margrethe will soon abdicate the throne and make way for Crown Prince Frederik.
But it’s not always foreign journalists who draw the ire of the Danish royals. In October 2014, the Royal House made the unusual move of sending out a press release to counter a gossip magazine's report that Princess Marie had undergone breast enhancement surgery.
That forced gossip magazine Her & Nu to carry a retraction and a public apology for its story claiming that Princess Marie enlarged her breasts while in Lithuania over the summer.
Crown Princess Mary turns 45 on February 5th.