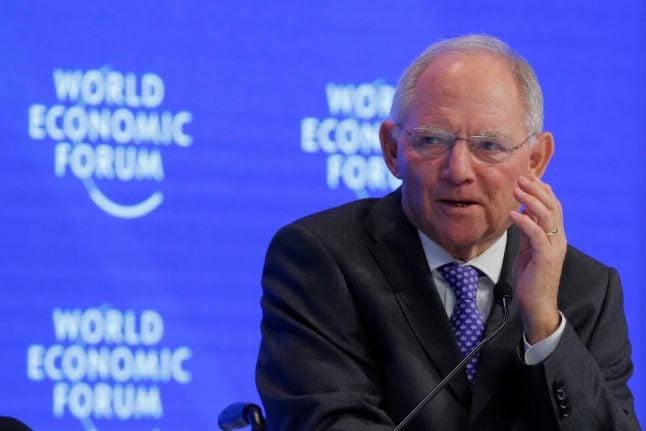 “My first reaction was that I cried,” Schäuble said during a discussion at the World Economic Forum in Davos, Switzerland.

Schäuble was at the World Economic Forum with dozens of other political and business leaders, including outgoing US Vice President Joe Biden and Facebook COO Sheryl Sandberg.

But the German Finance Minister’s stance on the Brexit vote has been widely known before.

In 2015 before the referendum took place, Schäuble said that the UK leaving the Union would be a “disaster”.

And while Schäuble also said that he believed this year could yield negative impacts for the German economy given various uncertainties in the world, he did not see the Brexit vote having a bad effect on Europe’s economy in 2017.

This week UK Prime Minister Theresa May said Britain would leave the EU's single market in order to restrict immigration in a clean break from the bloc but would seek a trade deal giving “the greatest possible access” to the market on its departure.

German officials welcomed her “clarity” on Brexit and Chancellor Angela Merkel said that the remaining EU member states would enter into the negotiations with London with a united front.

Merkel said that May's keenly anticipated address on Tuesday had provided a “clear impression of how Britain wants to move forward”.

“However the negotiations would only begin when Article 50 is triggered,” she told reporters, referring to the part of the EU's Lisbon Treaty under which a country officially declares its intention to quit the bloc.

“I am not worried that we won't stand together – the most important thing is that Europe won't let itself be divided and we will ensure this with very close contact.”

VISAS
EXPLAINED: What happens if you overstay your 90-day limit in Austria?
Url copied to clipboard!