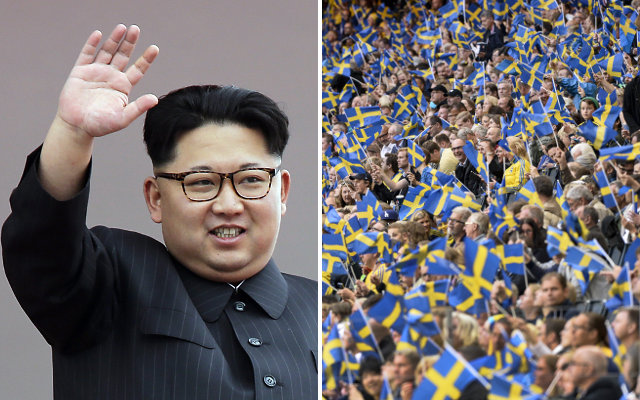 Stockholm's Royal Institute of Technology (KTH) was contacted by the North Korean embassy last autumn, who told them that they would like to find a way to work together in their education of architects.

The initial contact was made through a former student of architecture in Stockholm who had helped to build ski lifts in North Korea, public broadcaster SVT reports.

“Sweden has a long tradition in architecture and design, not least around the use of wood linked with sustainability and climate questions, which together with our experience of working internationally can be of interest,” KTH architecture lecturer Per Elde told The Local.

“In addition of course both us and North Korea have similar conditions purely in terms of our climate, which is also an important factor,” he added.

Elde and his colleague Per Franson have had three meetings with the North Korean ambassador Yong Dok Kang at both the embassy building and the architecture school's building at KTH. The school was even sent gifts of a calendar and ginseng tea in the build-up to Christmas.

Once KTH has more details on how architecture education in North Korea functions it will make a decision on whether to move forward with the partnership proposal.

“It remains to be seen. We have asked the embassy to initially get in contact with someone responsible at the school in Pyongyang to begin to look at how their education is structured, purely in terms of teaching, which I think would be really interesting. Besides that there are also a wide range of complicated questions which must be looked into before a collaboration could possibly and eventually be initiated,” KTH's Elde noted.

The Local contacted North Korea's embassy in Stockholm for comment.