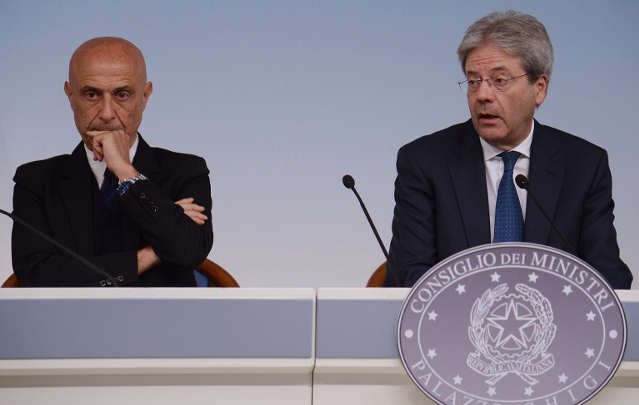 “The threat remains low,” commission head Lorenzo Vidoni told journalists, but “there is an increasing number of young people and women in our country who are becoming radicalized”.

Prisons are hotspots for radicalization, as is the internet, he said.

While Italy has so far escaped largely unscathed, Vidoni said the country was “now seeing some of the tendencies we saw 10 years ago in countries like in Germany, France, Belgium and the Netherlands”.

Prime Minister Paolo Gentiloni, who welcomed the report, said the government would be implementing some of the committee's suggestions on establishing channels for dealing with cases of potential radicalization in schools, work and social environments.

Prison rights group Antigone said the situation in Italy's jails was critical, with a lack of prison guards who speak Arabic and imams generally not admitted.

“This sees inmates select from among themselves who should lead the prayer, without any guarantee about what is then preached,” it said.

According to Antigone, Italy has nearly 54,000 prison inmates, some 6,000 of whom say they are Muslim.

The country is on the frontline of the worst immigrant crisis since World War II. Over 180,000 people were rescued from the Mediterranean and brought to safety in Italy last year, causing severe overcrowding in reception centres. Gentiloni dismissed claims the large number of arrivals increased the risks of an attack on Italian soil, but the interior ministry has said it will step up deportations following the Berlin Christmas market attack.

The minister visited Tunisia this week to “renew” a deal to repatriate Tunisians and he is set to head soon to Libya for talks on how to prevent the near daily departures of rubber boats full of migrants from its coast.

Vigoni said the number of foreign fighters was significantly down on elsewhere in Europe, with some 1,500 people setting off from France to join the so-called Islamic State (IS), 1,000 from Germany, 600 from Belgium, 350 from Austria 350 and 100 from Italy.

Italy does not have a high number of second and third-generation immigrants either, “the type which have been the most radicalized in other European countries”.

It also has a policy of expelling foreigners at the first sign of radicalization or plotting, a tactic which has “undoubtedly been efficient” in stopping in their tracks those who risked “infecting” others or committing attacks, he said.

Some 133 suspects were expelled in 2016, according to the interior ministry.