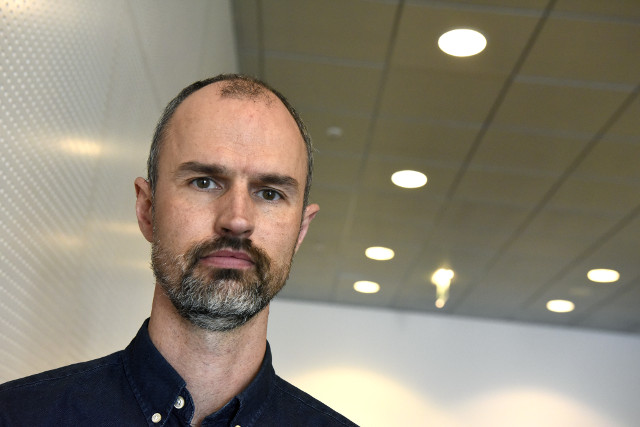 Psychiatrist Christian Rück is an associate professor at the Karolinska Institute medical university in Stockholm, as well as the co-host of podcast “Vad är Poängen…?” (What is the point?).

The topic for the January 2nd episode was antidepressants, for which Rück decided to carry out an experiment and try selective serotonin re-uptake inhibitors (SSRIs) – a group of drugs used to combat depression. He told The Local how it came about:

“We know that almost ten percent of the population take an SSRI on any given day. Because I as a psychiatrist have prescribed SSRIs to many people, I thought it would be good for me to have tried them myself. Above all, to experience the side-effects first hand.”

Rück explained that unlike for people who need them, taking an SSRI when not necessary would only produce side effects. After getting a prescription for 100 Sertraline 50mg tablets, he and his podcast partner Alex Kossek began a standard starter dose of a half tablet daily over a period of a few days, and the results were not pleasant:

“I had a cold at the same time, and one thing which struck me was that it was a bit difficult to differentiate between the side effects and something else. I felt a bit rattled, but was that a side effect or not?”

“I also had muscle spasms in my jaw. That was striking as I had never experienced that,” he added.

The psychiatrist believes the experiment was a worthwhile endeavour.

“I think through trying it I got a deeper understanding of how it feels to take this medication, and how individual the experience is,” he observed.

And his biggest conclusion?

“Be cautious with all medication for the brain! Use it when it’s needed.”