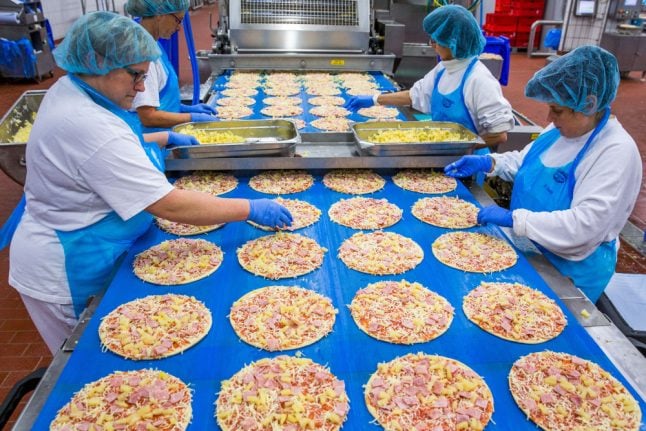 A new report presented by the Food and Agriculture Ministry on Tuesday shows that busy Germans are opting more often for ready-made meals like frozen pizza and instant soups.

Of the more than 1,000 people surveyed for the report by research institute Forsa, 41 percent said they enjoyed eating frozen pizza or other such meals – a nearly ten percent jump from 32 percent of respondents in 2015.

And among those under 30 years old, more than half said they liked ready-made meals.

The nutrition report asked participants aged 14 years and older about their eating and food shopping habits.

More than half (55 percent) said they valued having meals that were easy and quick to prepare. Among Millennials aged 19 to 29 years old, this proportion soared to 72 percent.

And there was a gender divide overall: 46 percent of men compared to 63 percent of women shared these values of food preparation being quick and easy.

Within German kitchens across all age demographics, actual cooking is becoming more rare.

At the same time, consumers have raised their expectations of food producers and pay more attention to labels on what they eat.

Nearly all Germans said that taste was a priority in buying food (97 percent), while separately about three in four (73 percent) consumers said the regional origin of their food was important. And 57 percent said price was a factor in making purchases.

The treatment of animals was also meaningful for Germans in deciding what to eat. About half (47 percent) said they paid attention to labels pertaining to animal welfare – and this was a steep rise over 36 percent of respondents in 2015.

“This is a remarkable increase,” said Food and Agriculture Minister Christian Schmidt. “Overall the trend towards better treatment of animals has become more entrenched.”

Nearly nine in ten respondents said that it was necessary to review and improve standards while eight in ten called for more transparency about practices. And 88 percent said they would be willing to pay more for food if they knew the animals had been treated better.

Schmidt said he planned to use the results of the study to inform his plans for improving quality standards of food served in schools. He added that parents would not like it if they knew each toy at school had not been thoroughly checked, and therefore nutrition should be treated this way too.

Nearly all respondents in the survey said that they found it important or very important that children learn about healthy eating in school.

Schmidt also spoke of developing a federal centre for nutrition to educate all Germans about healthy diets.