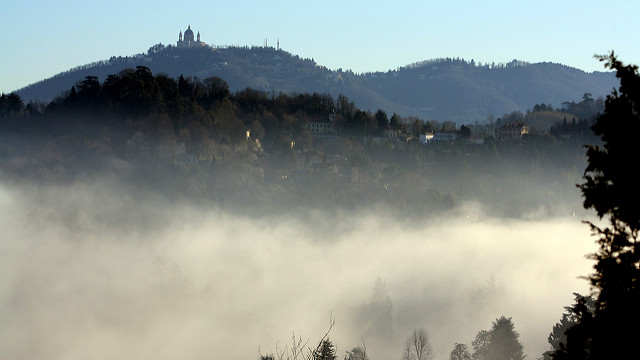 The high levels of air pollution lead to a mutation in DNA, according to the 'Mapec Life' study which studied the effects of pollution on children and was presented on Wednesday.

In Turin, 53 percent of these samples from students had at least one micronucleus – an indicator of a mutation in DNA.

While this does not present an immediate health risk and the mutation is not passed on to future generations, over time it can lead to tumours and other chronic diseases.

“We do not want to create anxiety, but we have done this work to understand the effects of smog on children's biological systems,” explained Giorgio Gilli, one of the professors behind the study.

The development of pollution-induced diseases can be mitigated through other lifestyle changes, such as exercise and health eating, and aggravated through factors including passive smoking, the researchers found.

On Thursday, the headteacher of one of the schools where students participated in the study, told Repubblica “we all know that our children are breathing poor quality air” but added “it's not Chernobyl”, referring to the Ukrainian city left uninhabitable by a nuclear disaster.

At the report's presentation, Turin's councillor for the environment, Stefania Giannuzzi, said the results “would be considered and evaluated” by city authorities.

“One of our jobs is to protect weaker sections of society, including children, from the effects of pollution.”

Recent days have seen high levels of smog in the city, which has reacted by introducing blocks on the most polluting vehicles. The clouds began to clear however with the first snowfall of the year on Monday.