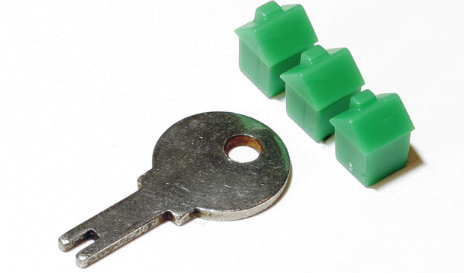 Spanish banks were dealt a blow Wednesday after a European court ruled lenders must reimburse clients who signed mortgage contracts that prevented them benefiting from a steady drop in
interest rates.

The decision comes as Spain's banking system is struggling with the impact of mounting loan defaults, shrinking credit demand and tougher capital rules.

Spain's Supreme Court had ruled in May 2013 that so-called mortgage “floor clauses”, which impose a limit on how far mortgage interest rates can fall in line with a benchmark rate, were unfair because consumers had not been properly informed of the consequences.

But the court said lenders did not have to reimburse clients for any excess interest payments before the date of the 2013 ruling.

The European Court of Justice ruled Wednesday that the proposed time limit on the refunds is illegal and customers should not be bound by such unfair terms.

“The finding of unfairness must have the effect of restoring the consumer to the situation that consumer would have been in if that term had not existed,” the Luxembourg-based court said in a statement.

Most of Spain's home loans are pegged to the 12 month-euro interbank offered rate, or Euribor.

The benchmark has fallen, but thousands of clients with mortgage floors did not benefit.

“It was a real fraud designed and set up by the banks,” the head of the association, Manuel Pardos, told a news conference.

He was flanked by Rosa Polo, who lost her home after her monthly mortgage which had a “floor clause”, soared by €700 to €1,800.

Last year she was forced to sell her flat for less than she paid for it because she could not keep up with the payments.

Spain's main opposition Socialist party called on Prime Minister Mariano Rajoy's conservative government to put in place a system to streamline the reimbursement and prevent customers from having to resort to courts to get their money.

Shares in Banco Popular, which estimates the ruling will cost it €334 million, fell over six percent in mid-afternoon trading.

Spanish banks lent heavily during an 11-year property boom which went bust in 2008, sparking a sharp economic downturn that caused the unemployment rate to soar to a record high of 27 percent in 2013.

At the height of the boom in 2007, banks issued 1.78 million housing loans worth a total of nearly 300 billion euros, according to national statistics institute INE.

The figure dropped to 372,000 housing loans last year worth around €49 billion.

Thousands of families who were not able to keep up with their mortgage payments were evicted from their homes, sparking a noisy protest movement that saw activists attempt to prevent police and bailiffs from enforcing eviction notices.

“Justice has been restored,” said Ignacio Fernandez Toxo, the head of Spain's largest union, Comisiones Obreras, after the ruling was announced.

But Spain's biggest online property advertising site, Idealista.com, warned the ruling would likely lead to higher mortgage rates in the short term as banks seek to compensate for the extra expense.

So you’ve sorted out your visas, you’ve done all your packing and have either sold or moved out of your home, but when you arrive in Spain you’re not exactly sure where you’re going to stay.

Of course, it’s not the best idea to sign a contract ahead of time for a more permanent place before you’ve actually seen it in person. Photos don’t always accurately represent what the house or apartment looks like in reality and you won’t really be able to get a feel for the neighbourhood without being there.

On top of this, rental scams are rife in some places in Spain, particularly in the bigger more popular cities like Barcelona. Often people will place an ad (which usually looks too good to be true) and get you to wire over a deposit to secure it in advance, but here’s the catch – the place doesn’t usually exist.

This is why it’s important to never hand over money to secure a place to live in Spain before you’ve actually seen it in person and you can get the keys as soon as you sign the contract.

While Idealista and Fotocasa are two of the most popular sites to look for accommodation in Spain, when you only want somewhere for a couple of months, there’s no point looking there, as most places will have yearly contracts.

Keep in mind with short-term rentals for a couple of months, you’re going to be paying higher than the average monthly rent, however, for this, the apartments are usually fully furnished, including kitchen utensils, wi-fi already connected and offer you the flexibility of shorter contracts.

Specialised short-term rental agencies are the best way to go, which will allow you to sign contacts for less than the typical one year. These types of agencies are usually found in Spain’s big cities that are popular with foreigners, such as Madrid and Barcelona.

Trying searching in Spanish too by typing alquiler de temporada or alquiler temporal plus the name of the city or town you’re looking in. This way you may be able to find places that offer better value.

In Barcelona, check out aTemporal an agency that started up precisely to fix the problem of trying to find accommodation in-between tourist accommodation and long-term rentals. They rent out apartments for anywhere from 32 days to 11 months.

ShBarcelona is another agency that specialises in these types of rentals and have properties all over the city.

READ ALSO – Moving to Barcelona: A guide to the best neighbourhoods to live in

In Madrid, try DFLAT, which was created by two professionals from the Instituto de Empresa University after discovering the difficulties professionals and foreigners found when looking for an apartment in Madrid. Sh also has a good branch in Madrid.

In Valencia, Dasha Living Space has both short and long-term fully furnished flats available and  Valenvi Flats also offers rentals for between three and six months.

READ ALSO – Moving to Valencia: A guide to the best neighbourhoods to live in

While the nightly rate of Airbnb apartments is typically too expensive to rent for a couple of months, you may be able to find some deals. Often when you input dates for a month into Airbnb, you’ll find that several places have a monthly discount offered. Also, some owners will do a deal for a couple of months. If it’s winter for example and they know they’re not going to get many tourists anyway, they may be willing to negotiate.

Like Airbnb, the properties on Vrbo are rented out directly by the owners. While the site is also mainly focused on tourists, some owners may negotiate outside of the tourist season.

If you’re willing to try something a little bit different, then housesitting could be the way to go. This is where you live in somebody’s house for free, in exchange for looking after their pets and their property.

Often people only need someone for a few days, but sometimes you’ll see house sits available for a month or longer. This is perhaps a better option for those who are flexible on where they might want to live and are trying out a few different places. It’s also better for those wanting to live in smaller towns or villages rather than the bigger cities, as there are fewer postings for these popular locations. Trusted Housesitters and Mind My House are good options.