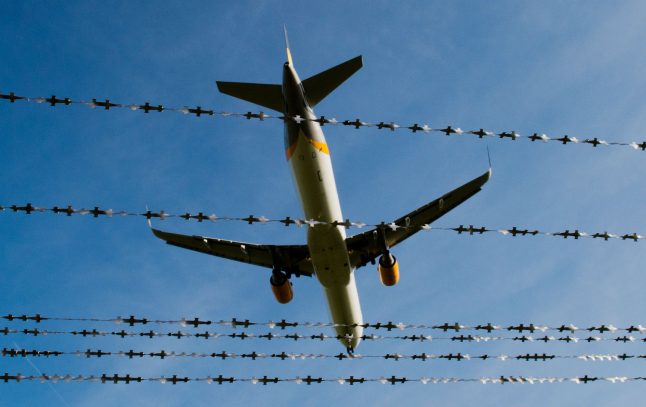 The man flew to Germany from Riad, the capital of Saudi Arabia and tried to pass through customs on a fake passport. But when federal police realized he wasn't who he said he was, the man applied for asylum for himself and his family.

When the Federal Office for Migration and Refugees (BAMF) checked his identity they realized he was none other than Abdul Rauf Mohammed, health minister when the fundamentalist Taliban ruled Afghanistan in the 1990s.

This isn’t the first time that Mohammed, who reportedly met Osama bin Laden on several occasions, has arrived in Europe seeking asylum.

In the year 2000 he travelled to Norway with his family where he obtained asylum after claiming he had come into conflict with other members of the Taliban leadership. At the time he also said he was critical of the regime in Kabul.

But in 2014 he was kicked out of the Scandinavian country on suspicion of trying to radicalize Muslim youth there.

In Germany he faced a similar fate. After forbidding him from leaving Frankfurt Airport, BAMF rejected his application and sent him back to Saudi Arabia. From there he reportedly travelled on to Afghanistan.

Meanwhile more and more refugees from Afghanistan are claiming to have once fought for the Taliban in order to prevent authorities from deporting them, according to a report set to appear in Die Welt on Sunday.

A spokesperson for the interior ministry told the paper that increasing numbers of asylum seekers are claiming that either they or a family member fought for the Taliban, sometimes involuntarily.

On Thursday a plane carrying 35 rejected Afghan asylum seekers landed in Kabul after taking off from Frankfurt Airport.

It was the first in a contested new government programme of “collective deportations” to the war-torn country.

The government has claimed that the security situation in Afghanistan has not changed despite the first six months of 2016 being the mostly costly in terms of civilian casualties since 2009.

The interior ministry explained that pretending to be a former Taliban fighter in order to avoid deportation could have legal consequences.

“This claim could lead to federal prosecutors opening an investigation on suspicion of supporting a foreign terror organization,” a spokesperson told Die Welt.

But the initiation of such an investigation would lead to a deportation being put on hold, according to Die Welt.