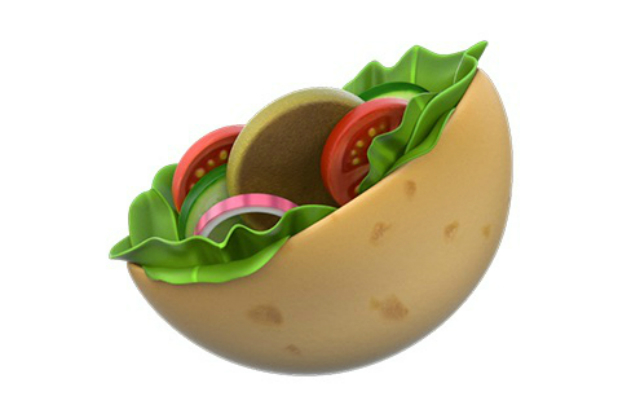 Well what could be more German than this to start? Two beer mugs clinking together is the quintessential first impression of Germany. But if you are going to cheers your friends, just remember to look them straight in the eye. They take it very seriously.

Have a read of this to swat up on you beer knowledge. Prost! Germany is famous for its spectacular castles and for good reason. From the majestic Neuschwanstein castle in Bavaria to the ornate Sanssouci Palace in Potsdam, Germany has a wealth to choose from. Here’s ten of the very best from across the country. About time don’t you think? Now you have the ultimate emoji to send after a night out and everyone will understand. We love Döner in Germany so it’s pretty exciting we can now have it as a picture on our iPhones, even if they call it a “stuffed flatbread.”

Finally we have a replacement for the pizza slice, but check out if you’re still comfortable eating them once you know what they’re made up of. Ok, so he wasn't German, but he liked it here a lot. Bowie lived in Berlin in the late 1970s, producing his 1977 alum “Low” in the western district if the city. Bowie passed away in January, shortly after releasing his album “Black Star”.

He was seen as one of the city's most famous and universally loved adopted children, and there’s now an emoji of him as well, called just “male singer”, but the lightening bolt gives it away. These are pretty popular here, but it's when they're pickled in jars that they become truly German. If you’ve been to any German supermarket you will have seen shelves and shelves of pickles in jars. It’s something that you'll soon get used to, if not converted to.

And pickles are not nearly the most threatening of the foods you will undoubtedly encounter – here’s a list of the most scary ones.

The Christmas tree originates in Germany, and spread across the world from there. No one can deny that Germans do Christmas very well, and this is just one of the traditions that we now see as an essential accompaniment to the festive season.

But don’t stop there, because you can follow these other nine steps to doing Christmas like a true German. Well, this one’s pretty appropriate for Germany. With the success of Nico Rosberg in the Formula 1 championship this year, the four-time streak of Sebastian Vettel from 2010 to 2014, and the dominance of Michael Schumacher in the early 2000s, it’s fair to say that German drivers have owned Formula 1 racing in the 21st century.

Schumacher had a terrible skiing accident in 2013, but in November finally re-entered the social media world, giving many of his biggest fans new hope.