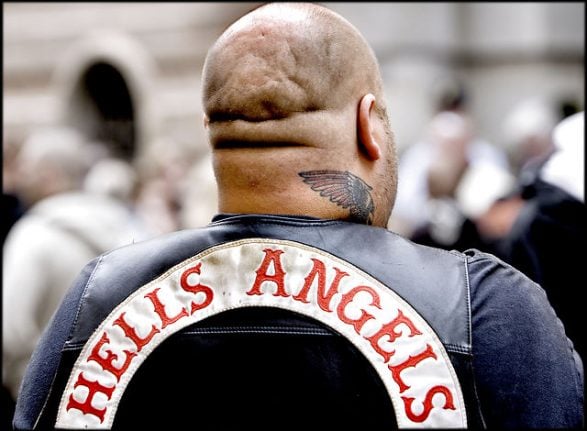 The conflict between Hells Angels and Black Army looks like it has spread from Funen to Jutland. Photo: Bax Lindhardt/Scanpix
The grenade caused an explosion just before 9pm but no one was injured. Still, police said it is a sign that gang conflicts may have reached a new level.
“It is an extremely dangerous weapon. This is a clear escalation of the methods and weapons we’ve previously seen,” police inspector Hans Roost told Ritzau.
Police believe that the grenade attack is the direct result of an ongoing turf battle between Black Army and Hells Angels on the island of Funen.
“We don’t have any suspects but we are completely sure that it was aimed at Black Army,” Roost said.
The Danish National Police said it was too early to determine how or why the Funen conflict had spread to Herning.
“Black Army has a conflict with Hell Angels on Funen and it’s clear that what happened in Herning can be part of that same conflict. But it could also turn out to be that there are completely different reasons for it,” Michael Kjeldgaard said.
Funen Police had shut down the Odense clubhouses of both gangs in October after a number of clashes between the two groups but said on Wednesday that the gangs would be allowed to reopen their clubhouses.
“It has now been calm around the two clubhouses, so we have therefore determined there is no reason to keep them closed,” Funen Police spokesman Jens Langdal said.
Also on Wednesday, a 20-year-old Black Army member was arrested for an October stabbing in Odense.
Black Army is a relatively new player in the Danish gang scene, having established itself in 2013 in Odense. According to a Wednesday report in Politiken, there are currently at least ten active gangs in Denmark.