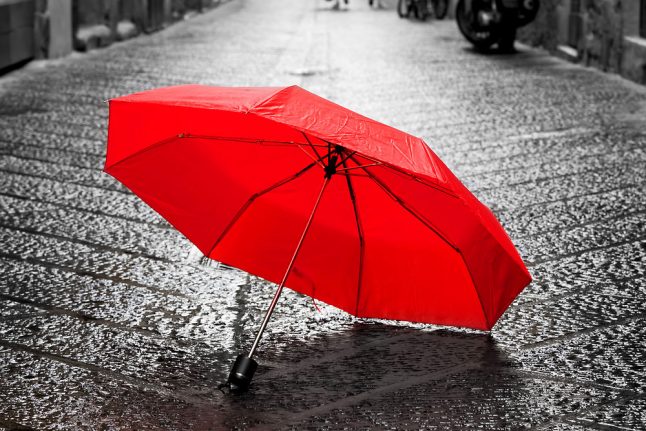 Photo: Photocreo Bednarek/Iris
Police received several notifications about the umbrella-wielding man and sent officers to investigate.
“He was drunk and the last message we received was that he was running after a man with his umbrella raised over his head. He also reportedly waved it around and struck out at random people,” operations leader Bjarte Rebnord told Bergens Tidende.
When officers arrived, they too had to fend off umbrella attacks from the drunken 55-year-old.
The man was arrested and taken to jail and is being charged with disturbing the peace.
Maybe he was simply frustrated over having to use his umbrella so often this year.