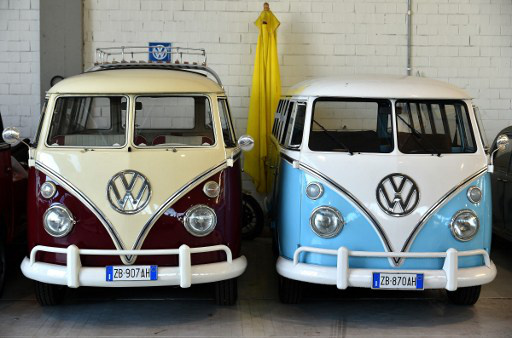 At the back of a hangar in the heart of Florence, two VW fans have dedicated their lives to restoring these iconic vans from the Swinging Sixties, importing them from South America before fixing them up and selling them on.

Some are over 50 years old, but once they are patched up by Mauro Altamore and his mechanic Giacomo Nucci, they are expected to chug on for another half a century at least.

“With good maintenance, these vans are indestructible. We have to overhaul a good part of the mechanics, but keep the original engines,” Nucci told AFP as he showed off a van that looked like it had rolled off an assembly line, despite its age. From Ferrari to Fiat, Italy is a car-crazy country, but Nucci firmly believes there is nothing better than a VW camper.

He's been sprucing up these classic vans for collectors for over seven years and these days boasts an increasing number of businesses and advertising companies among his customers.

Fashion companies ask for “made to measure” vans for photo shoots or catalogues, he says pointing to a row of shiny red, blue and cream coloured vans, as well as one with a slogan stamped on the side. Their distinctive VW hood emblems – which enjoyed a period of fame as rapper pendants thanks to the Beastie Boys – glint as new.

Customers can be picky: one purist wants the rust on the bodywork kept, even down to craters that look like bullet holes. Another wants the original motor replaced with a Porsche engine. Altamore, who came up with the idea for restoring the vans, says clients come not just from Italy but from all over Europe. Inside the company's office are dozens of ceramic models of the “Peace and Love” campers he has collected down the years.

His passion started in childhood when he used to collect models of the iconic Volkswagen Beetle, whose rear engine and axles were later used in production of the camper vans.

When he was 18, he set his heart on buying one but his father refused to pay for it, denouncing the little car as a petrol guzzler. So he got a camper instead and can now no longer remember how many of the old clappers he has bought and restored. About a decade ago, while in Brazil working in the clothing import and export business, Altamore decided to switch his business focus to vans instead, fondly remembering his first client: “a famous biscuit manufacturer”.

He eventually dedicated himself full time to the van business with Nucci's help. Manufactured in Germany until 1979, and in Brazil until 2013, the classic campers continue to fascinate people well beyond the “free love” hippy generation and have become a symbol of freedom.

“You turn the key and off you go,” Altamore says with a grin. “The windshield opening says it all: it was like riding a motorbike. You would set off, stop where you want, you could even sleep inside.

“I reckon more than a few children have been born inside… and many have been conceived!” 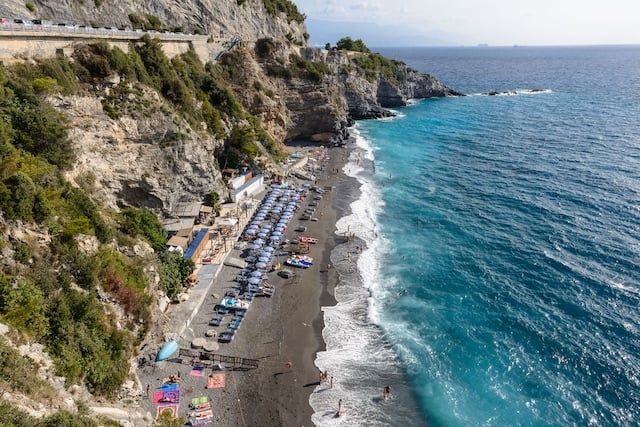 A beach in Bergeggi, where a boy was injured while camping with his family. Photo: DepositPhotos

The boy suffered a serious head injury after the bin was thrown down on the tent from a height of 20 metres. The incident happened at Bergeggi, near Savona, in the northern province of Liguria.

He was taken to the intensive care unit of the Gaslini paediatric hospital at Genoa, which issued a statement saying it was too early to say how bad his injuries were.

“It's a criminal act,” the boy's father told the local daily, Il Seccolo XIX. “We hope that those responsible will be found.” He and his wife were appealing to anyone who saw what happened to go to the police, he added.

The parents and their two other children, aged 14 and 15, were all sleeping on the beach at the time of the incident.

Local police were working on the basis that this was a deliberate act, the website of the daily newspaper Corriere della Sera reported.

They had not ruled out the possibility that this was a response to illegal camping, it said, adding that a second bin had also been thrown.