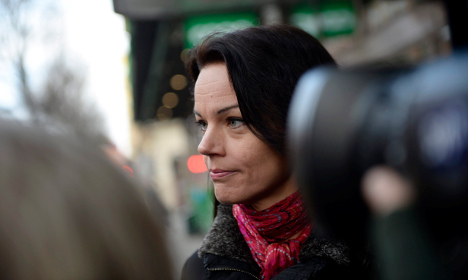 Veronica Palm, a former member of parliament and chairwoman of the centre-left Social Democrat party's local branch in Stockholm, said the increasingly hostile social climate on Twitter was behind her decision to suspend her account.

“As you have noticed I've been tweeting less and less. The reason is simple: it actually bloody hurts,” she wrote in a tweet on Tuesday morning.

“I simply don't have the energy. I am human and want to continue to be human. Not switch off my feelings about what other people say. And in that case, lies and hate hurts. It gets under my skin, every day,” Palm, 43, continued.

“I have promised that I won't be silenced by hate and threats. I know that the democratic conversation and free speech is the foundation of democracy, but right now I just can't do it. I won't stay quiet, but I'm taking a break from Twitter.”

Social Democrat politician Palm left parliament in 2015, but is still one of the party's most well-known campaigners among the general public on issues such as children's rights, feminism and anti-racism.

She is not the first high-profile Twitter commentator to leave the site. Comedian Stephen Fry, singers Adele and Lily Allen, and writers Lena Dunham, Joss Whedon and Jessica Valenti are just some of the names who have in the past all suspended their accounts, citing for example trolling or threats.

Last month the people behind Sweden's official Twitter, which is curated by a new Swedish citizen every week, revealed to The Local that they could end up having to close the much-lauded account as a last resort after a marked increase in racist and sexist comments targeting the curators.