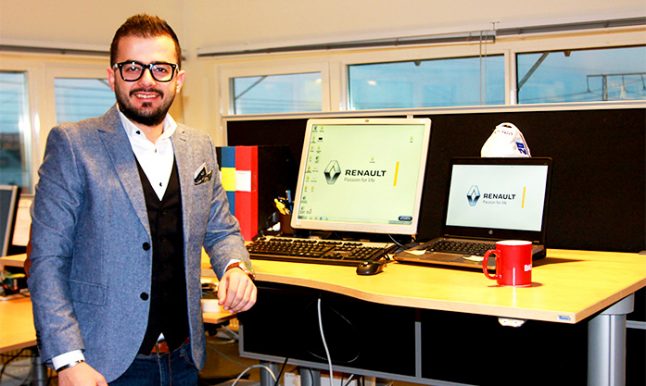 For most refugees, finding a job tops the list of priorities. But this 28-year-old business administrator tells The Local Voices how he felt trapped in a microcosm of the Middle East, and made meeting Swedes his primary goal.

When I first came here I was so optimistic. I loved this country, and everything in it. Sweden is a place where you can be what you want.

I studied the language and went through almost all the prescribed integration programmes. But real life in Sweden got me down. For months I studied Swedish for about seven hours a day. But I ended up using it only at school because where I lived in Södertälje you didn't really need Swedish since people mostly spoke Arabic or English.

That was not my ideal option – not the life I wanted in Sweden. My neighborhood felt like a barrier between me and real life in Sweden, where I was supposed to use my Swedish.

Getting an internship made matters worse

As part of the ‘integration process’, I got an internship in Södertälje. I thought it would give me the chance to directly communicate with people, learn, and build contacts. And I did communicate, learn and build contacts, but still with the same group: Middle Eastern.

That was the turning point: I decided to change the course of my life.

I said to myself: “You need to stop this now. You’d better approach Swedes, and live the Swedish life. Otherwise, you and your future will be fuzzy.”

I looked for an outlet, a way out of Södertälje and in to Sweden. The only option I came across was to join a programme at Stockholm University called Korta vägen (The Short Cut),  which many highly educated newcomers to Sweden join in order to get insights onto the Swedish job market and make contacts. I joined the programme in March 2016 and started making contacts with individuals and organizations.

I got an internship at Renault a month and a half after joining Stockholm University. They were looking for skills among the programme’s participants, and I had three years of relevant experience that I had attained in Syria.

I went to an interview and got extremely stressed, but it was worth it as I was accepted. I started a four-month internship in May 2016. That was a relief and I thanked God a lot.

I actually wasn’t looking for a job. Everyone was asking for jobs – I wasn’t. That was of a secondary importance to me. I only wanted to get to a place where I could mingle with people, make contacts and improve my Swedish – and hope that would be good enough to help secure me a work contract.

But in the last month of my internship, a job position became vacant. I had the relevant prerequisites and skills, so I applied and was interviewed. In October 2016 I started officially working at Renault as a technical information coordinator. My job is wonderful, the company, my colleagues and the environment as a whole makes me more than happy.

Södertälje – not so bad after all

I am still living in the very same place, but I don’t see it as barrier any more. For now, I have a balance: I communicate with Swedes at work, and with Middle Eastern folk in my neighbourhood.

I’m doing what I like and don’t even mind that I’ve got a two-and-a-half hour daily commute. I feel like these are the happiest days of my life.

Help improve The Local Voices by clicking here to complete a reader survey.