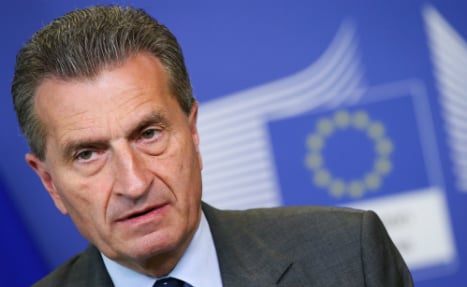 In the comments, secretly filmed at a Hamburg event earlier this month, Oettinger – the commissioner for digital economy who was last week named to the more powerful post of budget commissioner – mocked a delegation of Chinese ministers for having “their hair combed from left to right with shoe polish”.

“We hope that they can learn how to view themselves and others objectively and respect and treat others as equals.”

The comment was “a somewhat sloppy expression that was not meant in any way disrespectfully towards China,” Oettinger told Die Welt newspaper on Saturday.

The comments come at an embarrassing time as they emerged just after European Commission chief Jean-Claude Juncker announced Friday he had tapped Oettinger to take over the budget portfolio from Bulgaria's Kristalina Georgieva.