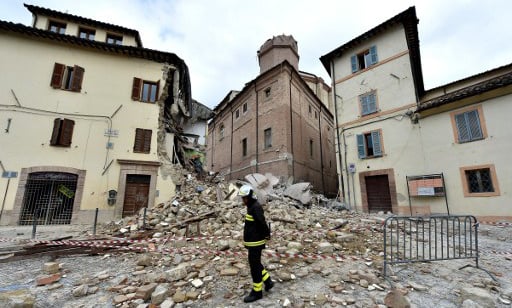 As residents from Visso to Ussita and Castelsantagelo reeled from two powerful quakes on Wednesday and gazed in desolation at the collapsed buildings and cracked church towers, firemen ordered them to leave for security reasons.

Many in Ussita had already run from their homes as the first quake hit at 7:10pm, and were somewhere safe by the time the second, 6.1 magnitude quake, toppled walls at 9:18pm.

There have been nearly 700 aftershocks since then.

Those hoping to go back have to be escorted by firefighters: “We help one by one those who want to return home to recover personal items, essential things,” fireman Michelangelo Garetti told AFP.

Locals line up to identify themselves and point out their houses. One man, Otello, said he wanted to recover “some valuables and also clothes for the winter, which promises to be long and hard”.

While this is an area of lush green forests and valleys in bloom in the warm months, temperatures plunge once the snows fall.

“Few houses are safe and in any case we don't trust them. The ground has been 'dancing' under our feet in this small valley for the past two months,” said the man, who is being put up by relatives in nearby Macerata.

Ussita had already been shaken hard by a deadly nighttime earthquake on August 24th which hit a few dozen kilometers to the south.

Now locals are “either with relatives, or in hotels near the coast, or sleeping in campers,” said Lara Manzoni, a 30-something resident who moved from Bergamo in the north of Italy a year ago to settle in Ussita.

Although she works for a frozen pizza company in a nearby village, she and hundreds of colleagues must wait for experts to verify to what extent the company's premises were damaged before she can return to work.

“I sent my children to my mother in Bergamo to keep them safe, but I could not see myself leaving all these people in trouble,” she said. Although the government has promised that all destroyed or damaged buildings will be rebuilt, “I do not know if I'll stay”.

“I might leave the Marche region entirely, or buy a camper myself,” she said.

In the meantime she is lending a hand at the village's campsite, which reopened out of season on Wednesday to accommodate some 250 quake survivors in its Alpine chalet-style wooden bungalows.

Some locals were lucky enough to already have their own, others have been lent chalets – bedding and all – by absent owners.

On a hill overlooking the site stands the village's once-prized attraction: a 15th century tower, now cracked from top to bottom. 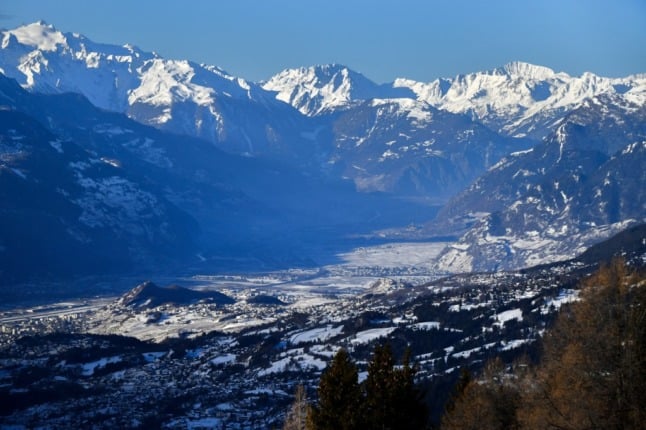