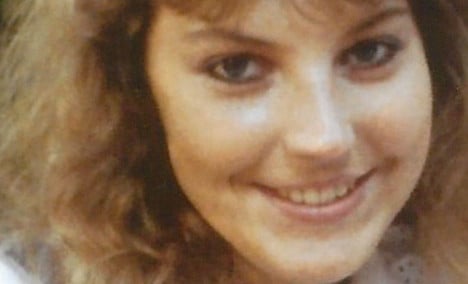 Police made a grisly find in northern Germany this September when they discovered the body of a woman, mummified inside a metal barrel in her husband’s garage.

But the story gets stranger from there.

The body belonged to Franziska S., who was last seen in Hanover in 1992 when she was 26 years old. But at the time of her disappearance, no one reported her missing, police reported on Wednesday.

Her family had been convinced, presumably by the husband, that the pair had separated and she was living abroad, so there had never been a missing person report or further investigation. Prosecutors said they believed the husband had forged a message from her to her relatives stating “I am no longer here, and I am leaving”.

The family had not always had close contact with Franziska S., who had lived in a women’s shelter from the age of 16 until she was 19.

After she had been missing for more than 20 years, her family members decided to go to police in 2013.

When her husband, now 52, was questioned in the spring of this year, his story was at first inconsistent, leading officials to suspect that he had killed her.

In September, investigators went to the man’s new home in Neumünster – two and a half hours north of Hanover in Schleswig-Holstein – to confront him. It was there that he admitted to having strangled his wife to death in 1992 during a fight.

He also confessed that he had put her body inside of a metal cask, welded it shut and brought it along with him when he moved to northern Germany a decade later. Police arrested the man after finding the cask with her corpse inside a garage he had rented.

The husband faced manslaughter charges, but state prosecutors realized that the statute of limitations for such a crime was 20 years – and thus he was years overdue. Therefore prosecutors said they had to release him.

In Germany, the crime of murder does not have a statute of limitations, but manslaughter does.

But officials are still continuing the investigation into the crime, which is also made difficult by the fact that so much time has passed. And finding witnesses who had contact with Franziska S. is also a challenge – no one seemed concerned enough to report her missing more than two decades ago.