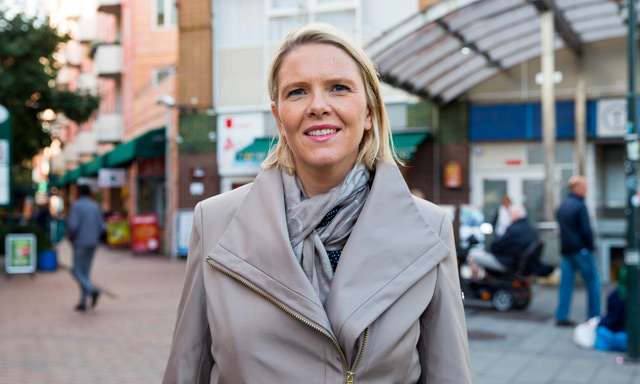 Integration Minister Sylvi Listhaug distanced herself from the hateful comments. Photo: Håkon Mosvold Larsen / NTB scanpix
Some of the comments have been allowed to stay on the Facebook pages of Integration Minister Sylvi Listhaug and Fisheries Minister Per Sandberg for weeks, without the ministers or their staff members deleting them.
“It is clearly hate speech. I am surprised that kind of stuff remains on key politicians’ Facebook pages. It helps to reinforce hatred [and] I think it is horrifying,” Anne Birgitta Nilsen, a professor and the author of the book ‘Hatprat’ (Hate Speech), said.
See also: Norway uproar gets Facebook to stop censoring iconic photo
While Listhaug deleted offending comments from her page after being contacted by news agency NTB on Thursday, Sandberg has neither deleted nor replied to the comments on his Facebook page. Screenshot of comments that have now been deleted from Listhaug's page. Screenshot: Facebook/NTB Scanpix
Here is a sampling of some of the offensive comments on the ministers' pages:
• “Does there need to be a civil war before politicians understand?” asked one of Listhaug’s followers on a post linking to the minister’s interview with Dagbladet in which she expressed concerns that Africa’s population growth and unrest in the Middle East will increase pressures on Norway’s borders. The follower wrote that she is willing to “do whatever it takes” to avoid the situation.
• One man wrote that the entire African population are “birthing machines” and that they should all be forcibly sterilized.
• “You never know where you have these damned monkeys, they are used to swinging from tree to tree if they don’t get a banana,” wrote one of Per Sandberg’s Facebook followers.
• After a Sandberg post about vehicle registration, a man wrote that he is “almost” prepared to run down Liberal leader Trine Skei Grande if she were to be in front of his car.
Do ministers have a responsibility?
The ministers have not refuted the aforementioned comments or other hateful posts on their Facebook pages. Some think that they should.
“Listhaug and Sandberg have a responsibility for their Facebook pages. When people incite violence or dehumanize other people, it certainly cannot be left unchallenged,” Nilsen said.
She said that the ministers are viewed as role models by many and some of their followers will conclude that these kinds of statements are acceptable when they are not deleted or contradicted.

Comments on Sandberg's page, including one calling Africans “monkeys who […] swing from tree to tree.” Screenshot: Facebook/NTB Scanpix
It was Labour MP Fredric Bjørdal who tipped NTB off to the comments on the ministers' Facebook pages. He believes Prime Minister Erna Solberg should take action, pointing to Solberg’s planned attendance at a conference on hate speech on Friday.
“It’s a double standard. I think Solberg should stop trying to act as a moral guides for everyone else and instead first take responsibility for cleaning up amongst her own ranks,” Bjørdal said.
Solberg, who has previously spoken out about online abuse directed at her over her weight and her dyslexia, declined to comment.
See also: Norway PM opens up about online abuse
Bjørdal said that the comments shouldn’t necessarily be erased, but that the PM and the other ministers need to speak out when hateful words are written on their Facebook pages.
Listhaug wrote in an email to NTB that she opposes such offensive comments.
“We do our best to delete comments and clearly notify the transgressors [that we don’t accept it],” Listhaug wrote.
She added, however, that it can be an overwhelming task to follow along with the Facebook discussion.
“On some posts there are over a thousand comments, and then we simply do not have the capacity to sit there 24/7 and follow along. We do the best we can. For us it is important that people are held responsible for what they post,” said Listhaug.
Listhaug’s adviser Espen Teigen said that the comments mentioned in this article have been deleted from the page.
Sandberg has not deleted the comments but distanced himself from them.
“I totally renounce remarks and comments that harass, bully and torment others. This stance is stated on my Facebook page,” Sandberg told NTB.