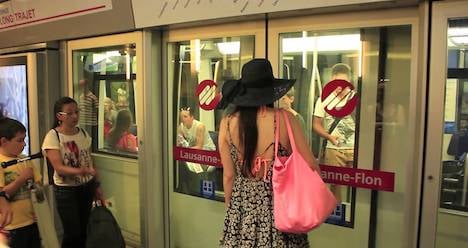 The incident happened on Tuesday when the boy was in the care of a crèche leader.

The toddler jumped from the metro train just as the doors were closing, 20 minutes reported.

The crèche leader could only look on as the train departed.

Luckily, a young man standing on the platform grabbed the boy and alerted the station staff.

When the childminder returned to the station a few minutes later the rescuer had vanished.

The relieved toddler’s mother wants to thank the teen for his help and has launched a Facebook appeal, which has been shared more than 2,300 times, to try to find him.

“His action was an example to us all. Who knows what would have happened if he hadn’t reacted like this,” she said.

She also expressed thanks to the metro staff for reacting so promptly.

The mother said she bears the crèche no grudges.