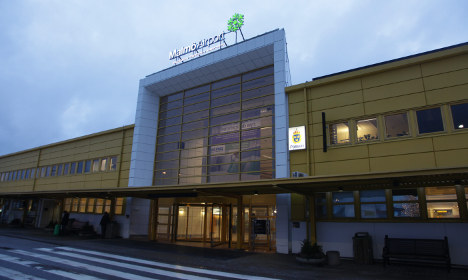 The man, understood to be a Swedish citizen in his fifties, was caught in a police breathalyzer check onboard a passenger plane which was to take off from the southern Swedish airport on Monday.

The plane, which regional newspaper Kvällsposten reports was on its way to Spain, was delayed but was later able to take off with the crew member left on the ground.

Broadcaster SVT reports that the man in question was the co-pilot onboard the flight. He is understood to have been suspended pending an internal investigation.

Police officer Håkan Nilsson told local newssite 24Malmö that “he must belong to the flying personnel, because the breathalyzer test was carried out in the cockpit”.

A spokesperson for Swedavia, which operates Malmö Airport, said that they were aware of, but had no information about the incident, which he said was being handled by police.

“Police regularly conduct random checks of aircraft crews and manage this activity in cooperation with the airlines,” Ulf Wallin told The Local.