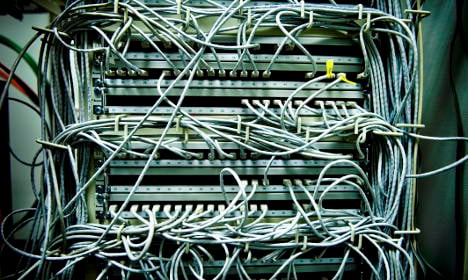 For the Swedes however, it’s bad news, particularly as the nation which has overtaken them is old rival Norway.

That’s according to a new report from internet service provider Akamai, which took in statistics from across the world on connection speeds and broadband infrastructure.

The report shows that the global leader is now South Korea with an average connection speed of 27 megabits per second (mbps). They were followed in second place by Norway with an average of 20.1 mbps.

“Sweden has one of the world’s fastest broadband networks, thanks to extensive investments in infrastructure. It’s now clear that other countries have followed their example,” Per Sterner said in a press release.

Earlier this year a study by the Swedish Post and Telecom Authority (PTS) showed that more than 60 percent of homes in the country now have access to fast fibre-optic broadband, while a further 10 percent of the population is within 50 metres of a fibre-connected building, meaning the network could be expanded with minimal investment.

Rural areas still lag behind urban areas however, with only 21 percent of homes in those regions connected to a fibre optic service.