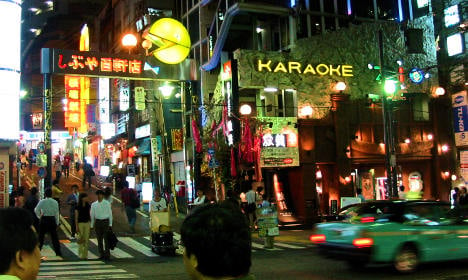 Sweden-based Spotify said it will offer a free service with advertising and an ad-free 980 yen ($9.70) per-month version with around 40 million song titles.

“The Japanese market is very different” from other markets, and “we want to make sure Spotify here is long-lasting,” the company's CEO Daniel Ek said at a launch event in Tokyo.

Spotify – which earlier this month said it had surpassed 40 million paying subscribers – said the new service would also be available on Sony's PlayStation consoles.

In a nod to Japan's love for karaoke, it will feature lyrics to go along with its soundtracks.

Last year, Google launched its music streaming service in Japan, featuring more than 35 million tunes available at a cost of 980 yen ($9.70) a month, while Apple and Line have also stepped into the country.

Japan's music market is estimated to be worth about $3 billion – second in the world after the $7 billion US market.

But packaged media such as CDs account for about 80 percent of Japanese music sales, contrasting sharply with the US where digital downloads are soaring.

Many Japanese production companies have focused on established retail channels for CDs, while issues over licencing have also hampered growth in the streaming business.

Some industry experts have also blamed free sites, such as YouTube, for discouraging consumers from paying for digital music.