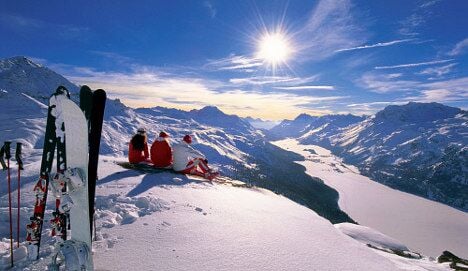 The alpine country ranked in first place in the Global Competitiveness Report 2016-17, released by the Geneva-based WEF on Wednesday, which ranked 138 economies on factors determining their long-term growth.

Mirroring last year, Singapore, the US, the Netherlands and Germany made up the top five.

At the other end of the table, Yemen was ranked the world’s least competitive nation.

In last year’s report the WEF warned that Switzerland could face challenges retaining its title due to the appreciation of the Swiss franc and uncertainty about future immigration, which could undermine its capacity to attract global talent.

However the alpine country has proved doubters wrong by achieving an even higher score this year.

“Switzerland arguably possesses one of the world’s most fertile innovation ecosystems,” said the report, praising the country’s combination of academic excellence, ability to attract talent, presence of multinationals and reputation for quality and innovation.

However it also pointed out the country’s weaknesses, including hindrances to business creation, high barriers to entry and a low level of women in the labour force compared to other countries.

Switzerland’s strong showing overall contributed to Europe performing above the global average despite the uncertainty of Brexit and geopolitical crises in the region, said the report.

But there are disparities in certain areas within Europe, it said.

“On attracting and retaining international talent, although one European country (Switzerland) achieves the top global scores, the average for the region as a whole is low,” it said.

Published since 1979, the Global Competitiveness Report aims to serve as a benchmarking tool for governments, the private sector and civil society, helping countries to address economic gaps and priorities.

This year’s report “comes out in the context of persistent slow growth and a near term outlook that is fraught with renewed uncertainty, fuelled by continued geopolitical turmoil, financial market fragility, and sustained high debt levels in emerging markets,” it said.

Global GDP growth has fallen from 4.4 percent in 2010 to 2.5 percent in 2015, it said, adding that countries face challenges from an ageing population, mounting protectionist pressures and “a general questioning of the premises underlying globalization in many economies, most visibly embodied in the recent Brexit vote.”

But it’s not all bad. Digital innovation and technological breakthroughs “will provide new avenues for growth and development in the future,” it said.