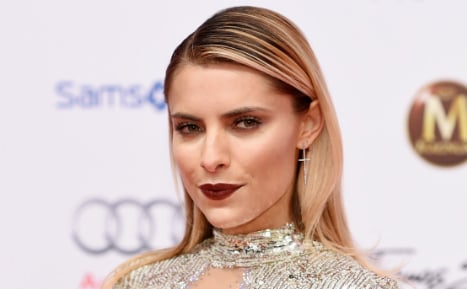 “If you present a body image which is overweight, I think that’s just as dangerous as when someone says ‘you need to weigh 50 kilograms to be perfect,” Thomalla told Closer magazine.

Thomalla, a darling of the German tabloids who has done photoshoots for Playboy and been named “third sexiest woman alive” by lad's magazine FHM, was responding to the news that private broadcaster RTL II is to launch a series called Curvy Supermodel.

In the interview Thomalla claimed that when models weigh up to the 70 kilograms it was okay, “but everything above that, upwards from a certain body size, I say ‘be careful!’”

The series “Curvy Supermodel – Real. Beautiful. Curvy” starts on October 5th and is seen as a counterbalance to Heidi Klum’s popular Germany’s Next Top Model, which promotes young women who correspond to the classical matchstick thin ideal of a super model.

Curvy Supermodel judge, designer Harald Glööckler, responded to Thomalla by saying, “I think it’s important that we send a message that it also works with bigger ladies. For me a size 46 is still ‘baby-curvy.’”

On Twitter, people were also quick to take up arms against Thomalla.

One person argued that “Ms Thomalla seems to have forgotten that curvy models are not automatically overweight, but actually have an average body size.”

“Who called on Ms. Thomalla to be an expert on the subject of figure. That makes me mad,” another wrote.