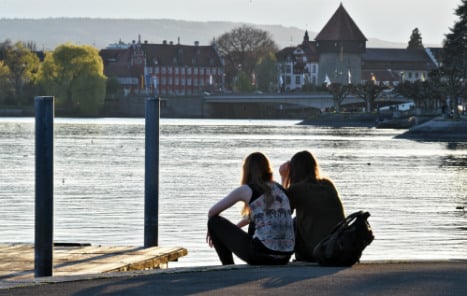 Student apartments are too expensive, there is too much competition and they are normally too far out of the city. That, at least, is the conclusion of a study by the Moses Mendelssohn Institute for real estate firm GBI, published on Monday.

The study looked at all university towns with student populations over 5,000 and rated them out of 100 for factors including rent increases, quantity of available space, student numbers and competition for rooms with other trainees. Scores closer to 100 meant poor conditions from students.

It came to the conclusion that in 19 university towns, the situation is critical.

“Since 2013, the strain on student housing has risen continually – in the big cities and the internationally recognized university towns the trend has been way above average,” said Dr. Stefan Brauckmann, director of the Moses Mendelssohn Institute.

Here are the cities currently giving homeless students sleepless nights (and unfortunately they're some of the most desirable places to live and study in Germany). Too bad then that Ludwig Maximilian University is consistently rated as the best uni in Germany in global rankings, making it a hot ticket for international students.

Whereas the situation in Munich is unchanged since last year, in Frankfurt it has deteriorated sharply. Two years ago the metropole on the Main lay ten points behind Munich, last year five and this year only 1.5, meaning the Bavarian capital may no longer hold this dubious crown come next autumn.

The Cathedral City is another one fast catching up with Munich. With a plus of nine points in this year's rankings, it is the city in which the student living situation has declined most clearly in the last 12 months.

In the Times Higher Education rankings published in 2015, none of Hamburg's universities made it into the global top 100, making it the only one of Germany's million-man cities not to gain this distinction (Berlin had three, Munich two, and Cologne one.)

Given that Hamburg has some of the most expensive rents in Germany and is now also considered one of the hardest places to find digs, the harbour city would appear to offer students little other than a reputation for wild partying. The story was similar in the capital of Baden-Württemberg. The physical location of the city in a valley has already contributed to the highest levels of traffic congestion and pollution in the country. Now it can add one of the worst places for students to find an apartment to the list. It also gained four points on last year.

“While Munich used to be exceptional in terms of the difficulty for student of finding a place to live, students in these cities [Frankfurt, Cologne, Hamburg and Stuttgart] are now having a similar experience,” said Brauckmann. Freiburg is the most expensive place in Germany when it comes to rentals, so anyone planning to start their studies at the venerable Albert Ludwig University had better have a bit of spare cash in the pocket.

According to this study, they'd also better have sharp elbows if they want to secure themselves their own four walls in the town near the French border.

Darmstadt Technical University may not yet have cracked the upper echelons of the world university rankings charts, but it is popular with international students, with almost one in five of its student population coming from abroad.

It saw a significant worsening in the living opportunities for students in comparison with 2015, gaining six points. The German capital used to be famed for its plentitude of empty and cheap space. Those days are long gone.

With tens of thousands of people migrating to the capital of cool every year, students are facing the fight  of their lives to find a roof to put over their heads. But the situation in Berlin didn't get much worse in comparison to 2015, only rising by a point in the chart.

Another storied and idyllic southern town, another nightmare when it comes to housing. On the plus side, the living situation in the town in central Baden-Württemberg hasn't gotten too bad since last year, increasing by only two points. The fact that Konstanz makes the top ten shows you don't need a university from the Middle Ages to have students breaking down in tears at the thought of commuting from their parents' house at the other end of the country.

Konstanz University was founded in the 1960s but is already renowned as one of the best in Germany. The highly desirable location on the stunning Lake Constance no doubt plays a role in making the start of the uni semester one of the most stressful times for students hunting for affordable digs.

On the bright side…

The study wasn’t all bad news, though. In seven of the 91 cities which were named in the study, finding a room this year will be a little less stressful than in 2015. These were: Bielefeld, Hanover, Kaiserslautern, Kassel Münster, Osnabrück and Würzburg.

PARTNER CONTENT
Around the world: the leadership styles of different countries