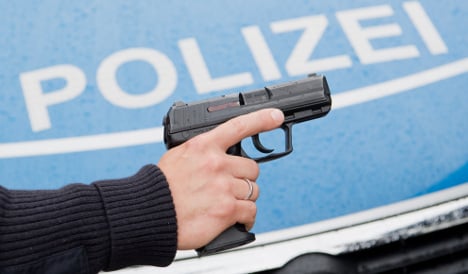 That means that while the population of the US is roughly four times that of Germany, the number of fatal police shootings there is about 100 times greater.

The Funke Mediengruppe did note that the number of people killed by police had risen by three people in 2015 over 2014.

Germany’s largest state, North-Rhine Westphalia with a population of nearly 18 million, saw three police-caused deaths, while the city-state of Hamburg saw none.

In the US, in comparison, about three people per day were killed last year.

Charlotte, North Carolina has seen intense protests this week in reaction to one of the latest police shootings of 43-year-old Keith Lamont Scott on Tuesday.

Police reportedly were searching for another man when they came upon Scott, who they said had gotten out of a car with a handgun. Police said he refused to drop his weapon and was subsequently fatally shot by an officer.

Scott’s family members have said that he was disabled, that he had no gun and that he was reading a book in his car, waiting for his son to arrive on the school bus.

In Germany when an officer uses their firearm against someone, protocol calls for the incident to always be investigated for whether the action was proportionate to the threat. Most of the time, Funke Mediengruppe reports, officers fire their weapons in self defence. In one instance last year, an officer fatally shot someone to stop a crime.

Debate was sparked across Germany in July about officers’ decision to shoot and kill a 17-year-old from Afghanistan who attacked passengers on a train with an axe in Würzburg, Bavaria.

One Green party politician stirred up intense anger when she questioned why the officers hadn’t shot to simply disable the teen.

Standard procedure though called for an internal investigation into the use of firearms.