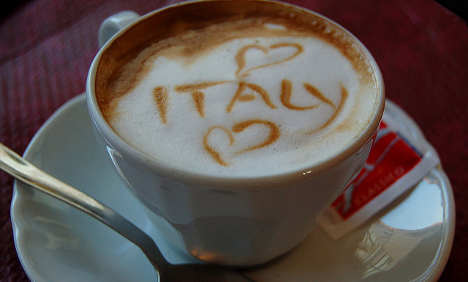 Do you know why we say 'Italy'? Or 'cappuccino'? Photo: roevin/Flickr

The Italian language has been shaped by centuries of cultural and historical developments, so that every word has a story behind it.

Italian speakers and learners will be familiar with each of the following easy words, and probably use them on a regular basis.

But do you know where they come from? Where does Italy get its name from? The most likely theory is that it comes from the word 'víteliú', which meant 'calf' in the extinct Oscan language, which was spoken in southern Italy. From this, the Latin word 'vitulus' referring to a young calf, evolved – and so did 'Italia', which likely meant something along the lines of 'land of cattle'.

This referred at first to southern Italy, which did indeed have plenty of cattle, and had the bull as its symbol in contrast to Rome's symbol of the wolf. Slowly over time, 'Italia' came to refer to the peninsula as a whole. 'Raggazzo' likely came into the Italian language from Arabic, and derives from the Arabic word 'raqqa sò', which meant 'messenger boy' and is still used in some regions of northern Africa to mean 'postman'.

Lots of Arabic words came to Italy in the 14th century, most of them related to trade (many food items, for example 'zucchero' and 'caffe' have Arabic origins). From there, it transformed into Latin 'ragazium' and then Italian 'ragazzo', and the meaning got diluted so that now it simply means 'boy'. …Or in fact, any adverb ending in ‘mente’. You probably know that ‘mente’ also exists as an independent word in Italian, meaning ‘mind’, and that’s where adverbs of this kind come from.

In older forms of Italian, adverbs didn’t exist at all, so instead writers had to use lengthier constructions – this is still done today in phrases like ‘in modo semplice’ as an alternative to ‘semplicemente’.

For example, when talking about people, writers used phrases like ‘di mente lieta’ (of a happy mind) to get their point across and as centuries went by, this usage was extended even to instances when the subject did not have a mind.

As ‘mente’ lost its literal meaning and came to work just as a grammatical component (signifying that a word was an adverb), it slowly moved to the end of the phrase and became attached to the adjective rather than being an independent word. The ancient Romans had only one word for ‘you’ – ‘tu’ – and this form is becoming increasingly common in modern Italy, but the Italian language retains a distinction between a formal and informal form of address.

This was introduced in the Middle Ages, when the plural ‘voi’ was used with a superior – the idea was that it showed respect by acknowledging that they were equal to several single ‘tu’ people.

'Voi' is still used in some southern dialects, but in the northern dialects it was replaced by ‘Lei’ at courts. This formal ‘Lei’ shouldn’t be thought of as ‘she’ (which is 'lei' with a small 'l') – the feminine form is used because it stems from the term ‘Sua eccellenza’ (Your Excellency).

'Voi' and ‘Lei’ were in competition for a while, before dictator Benito Mussolini rose to power. As part of his reforms to the Italian language, he ordered the substitution of ‘Lei’ with ‘voi’; one of his reasons for this was the mistaken belief that ‘Lei’ stemmed from Spanish influence.

After the Second World War, Italians were keen to shake off Mussolini’s influence, and turned back to 'Lei’  when speaking to people in authority positions. Note: The use of ‘voi’ as a formal ‘you’ in standard Italian (not the southern dialects mentioned above) still carries fascist associations and should generally be avoided. When cappucinos were first invented, they were very different from the ones you'll find at your local bar today, and were made from coffee, sugar, egg yolks and cream.

The resulting light brown shade reminded people of the hooded robes traditionally worn by Capuchin monks, so they christened the new kind of coffee 'cappuccino' or 'little Capuchin'.

The Capuchin monks themselves got their names from  their hoods (the Italian word for hood, 'cappuccio', comes from the Latin 'caputium') which were long, pointed and brown, inspired by Francis of Assisi's clothes of poverty.

But when it comes to the drink, an even bigger shock is that the cappuccino didn’t even originate in Italy – there is no evidence for it existing on the peninsular until the 20th century (when the invention of fridges allowed them to swap the egg and cream for milk), however the early forms of the beverage were attested in Austria as a ‘kapuziner’ two hundred years earlier.

The traditional version of the 'kapuziner' can still be found in Austrian cafes, with just a drop of cream, while the Austrians have re-adopted the Italian term cappuccino for the milkier version.

This article was first published in 2016.

From doors being carelessly left open to requests for unreasonably expensive items, there are countless things that are guaranteed to upset an Italian dad.

And whatever the misdeed, they’ll have a snarky remark suited for the occasion.

Here are just seven of the favourite set phrases you’re likely to hear an Italian dad come out with.

Usually uttered after a request to buy something indecently pricey, “Do I look like Onassis to you?” is one of the best comebacks in the Italian dad’s repertoire.

Onassis was a Greek shipping magnate who established himself as one of the richest men on the planet in the 20th century.

READ ALSO: Ten phrases to talk about cold and wet weather like a true Italian

We might never get to know where exactly Italian fathers’ obsession with the Greek tycoon stems from, but we are sure that countless generations of young Italians will continue to be reminded that their father isn’t nearly as opulent as Onassis.

Countless alternative versions of this expression exist, including non sono la Banca d’Italia (“I’m not the Bank of Italy”) or those referring to Italy’s very own cavaliere, Silvio Berlusconi, such as: “non sei la figlia di Berlusconi” (“You’re not Berlusconi’s daughter”)

Roughly translatable into English as “I don’t steal for a living!”, this is another parenting staple for requests involving the purchase of expensive items.

The phrase is generally uttered with sheer indignation and accompanied by various expressions of outrage.

Financial prudence is top of Italian dads’ priorities. Mess with that at your peril.

The “I’ll destroy you just as easily as I made you” ultimatum is not used lightly but, whenever the circumstances call for it, the real Italian father will not hesitate to pull out this verbal ace.

Generally triggered by grave displays of disrespect or (very) bad behaviour, the expression is nothing short of a psychological warfare masterpiece.

READ ALSO: These are Italy’s most popular baby names 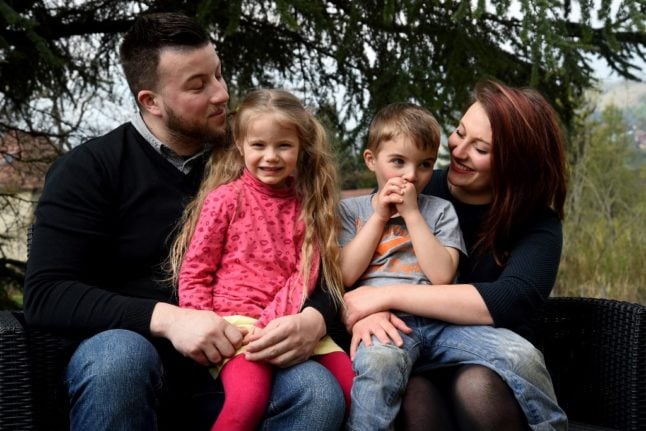 Italian dads are world-famous promoters of tough love but most also have a soft side to them. Photo by Jean-Pierre CLATOT / AFP

Here’s one for the rogue adolescents having a hard time abiding by the sacred rules of the house, especially those turning up late for meals or getting home late at night.

Italian fathers don’t like to beat around the bush, so any breach of the law of the land is met with a stark reality check: “This house is not a hotel”.

The phrase might sometimes be followed by “You cannot come and go as you please” (Non puoi andare e tornare come ti pare e piace) but the first part is usually sufficient to get the message across.

Very few things upset Italian dads as much as an open door does.

It doesn’t really matter what type of door – whether that be the front door, a bedroom door or even a car door – as long as it’s one that their unfailing judgement commands should be shut at all times.

As a result, any Italian boy or girl forgetting to close a door behind them should expect to be asked whether they have a tail (coda).

It nearly goes without saying, having a coda would theoretically explain why the guilty party didn’t close the door in question.

If you’ve had the luck (or misfortune – you decide) to be raised by an Italian father, you’ll know this one all too well.

When mercilessly turning down yet another one of his children’s requests, the quintessential Italian dad doesn’t remotely bother coming up with a plausible reason for doing so.

It’s not happening “because I said no”. That’ll be all.

It’s only right for us to wrap up with Italian dads’ darkest moment of doubt. That’s when the actions of their children make them question whether they actually are the fathers of the misbehaving brats after all.

The phrase in question, which is roughly translatable into English as “Who did you get this from?”, is usually said with a mixture of dismay and bewilderment.

The Italian father cannot fathom where his offspring’s disposition to reprehensible behaviour comes from but refuses to accept that his genes might be responsible.

Several hours of silent introspection generally follow the utterance of this phrase.