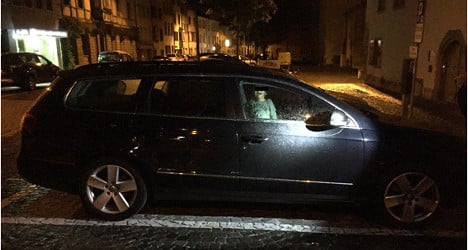 The two-year-old boy was discovered screaming in a parked car by passers-by shortly after midnight on Sunday, Schaffhausen police said in a statement.

Because the boy was alone and police could not locate the person responsible for him, they called a mechanic to come and open the car door.

Some 20 minutes later, before the mechanic arrived, the boy’s 25-year-old mother returned to the vehicle, saying she had been with colleagues at a nightclub.

The public prosecutor has opened a case against her for dereliction of duty towards her son.

But she is not the only one who is facing charges. After the woman returned to her vehicle, a passer-by “could not hold back his anger at the mother’s behaviour” said police, and damaged her car. He is now charged with criminal damage.