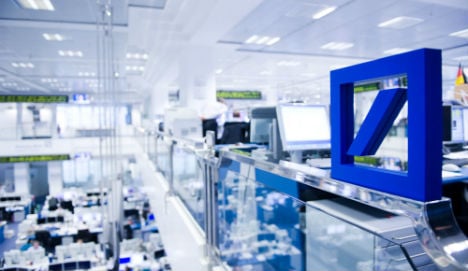 Analysts expect a larger fine could force the bank to make a capital increase. Photo: Deutsche Bank
The weighty demand from the Department of Justice (DoJ) comes after Deutsche has already paid out billions in fines over interest-rate fixing and sanctions violations, and as it battles through some 8,000 ongoing legal cases and a painful restructuring.
In an overnight statement, the bank called the DoJ's 12.5-billion-euro claim in relation to the 2008 mortgage crisis an “opening position”, saying it expected to reach a “materially lower” figure in negotiations.
The DoJ had invited the bank to submit a counter-offer, it said.
Deutsche Bank is among several major financial institutions accused by US authorities of misleading investors about the values and quality of complex mortgage-backed securities sold before the 2008 financial crisis.
Much of the underlying lending was worthless or fraudulent, delivering billions of dollars in losses to bond holders when the housing market collapsed, bringing down numerous banks and touching off the worst US
recession since the 1930s.
A double-digit billion payout would be the largest ever inflicted on a foreign bank in the United States, easily surpassing the $8.9 billion that the French bank BNP Paribas paid in 2014 for sanctions violations.
US investment bank Goldman Sachs in April agreed to pay more than $5 billion to settle similar allegations. But analysts believe that Deutsche Bank will negotiate a final settlement that is far smaller than the figure sought.
“It probably won't reach $14 billion if you compare it with other banks that were active in this business,” analyst Robert Halver of Baader bank told AFP. “We're counting on more like $5.0 billion. But of course, $5.0 billion is still painful.”
Deutsche Bank has set aside $5.5 billion to resolve a backlog of pending legal matters.
“A fine larger than the present provisions would make a capital increase more likely”, analyst Christian Koch at DZ bank wrote — a measure which would sap the financial health of the bank yet further.
Recently-installed Deutsche Bank chief executive John Cryan has set an ambitious target of resolving the lender's biggest legal worries by the end of 2016, including the US mortgage-backed securities case.
Even once a deal has been reached, the bank will still have to face New York's Department of Financial Services (DFS) regulator, which is investigating allegations of money laundering in Deutsche's Russian arm.
The German bank has already paid out $2.5 billion in the United States over manipulation of the Libor interest rate used by banks to lend to one another, and settled a dispute with the US Federal Reserve and the DFS, which accused it of violating bans on trading with Syria and Iran.
As he fights legal challenges on multiple fronts, Cryan has also vowed to press through an ambitious restructuring of the lender, slashing 200 branches in Germany alone and 9,000 jobs worldwide.
Deutsche Bank booked an almost 7.0-billion-euro loss in 2015, and its May annual general meeting saw shareholders berate managers for their performance.
Reporting weak profits over the second quarter, the British CEO in July warned that his painful therapy might need to become “yet more ambitious” if anaemic conditions persist in the wider economy.
Deutsche Bank's shares currently stand at around 10 percent of their pre-crisis value, after losing some 45 percent of their value since the beginning of 2016 — making them the worst performer on the DAX index of
leading German shares.
The bank's shares suffered sharp losses in trading in Frankfurt on Friday,
dropping nearly 7.3 percent by around 1045 GMT to stand at 12.15 euros. 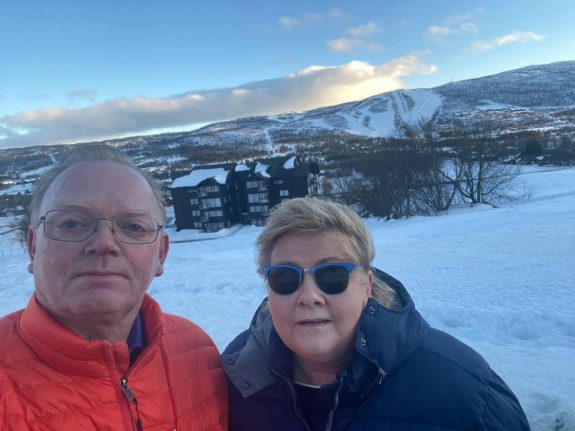 The South East police district has finished its investigation into the episode and concluded that there was a breach of national infection control rules.

The Prime Minister broke infection control measures when 13 family members were gathered at the restaurant in Geilo, a popular skiing destination. At the time, only 10 people could gather in such settings.

“I take note of the police decision. I have previously said that if the restaurant visit is followed up with fines, then we will of course make up for it. I apologise for what happened and will pay the fine,” Solberg said in a statement .

Despite not being present at the meal, due to having an eye checkup in Oslo, Solberg is considered to be one of the event’s organisers as she participated in the decision to host the dinner and was involved in choosing a restaurant.

Despite police saying his role would also fall under that of an organiser, the prime minister’s husband, Sindre Finnes, will not be fined.

“The practical arrangements were made by Solberg’s husband, but Solberg was involved in the decision to eat out,” police chief Ole B. Sæverud said at a press conference.

The police said that such a case would not normally lead to punishment, unless special considerations dictate it.

They believe that this case meets the special considerations criteria as finding Solberg guilty without any punishment could have a negative impact on the population’s compliance with coronavirus restrictions.

“Even though the law is equal for everyone, not everyone is equal. Solberg is the country’s foremost elected official and has on a number of occasions fronted the government’s decisions on measures to counter the pandemic. It is therefore considered appropriate to react with punishment, in order to maintain the public’s trust in the infection control rules,” Sæverud said.

The restaurant Solberg’s family ate at, Hallingstuene, will not receive a fine.

“If we had come across the incident while it was taking place, we would have clarified the regulations and, if necessary, given orders to end the event. A punitive response would only be considered if the event was carried out in a clearly contagious manner, or there was a case of repeated violation,” said Sæverud.

The prime minister’s family met twice over a weekend in late February as part of her 60th birthday celebrations in Geilo. On the Saturday there were more than 10 people present at an apartment they had rented. However, as the regulations were unclear at the time police said that this was not a criminal violation.

Solberg apologised for the breach when it was first reported in March.

“I, who every single day stand and speak about infection control to the Norwegian people, should have known the rules better. But the truth is that I have not checked the rules well enough, and thus not realiisd that when a family goes out together and there are more than ten persons, it is actually an event,” she said at the time.