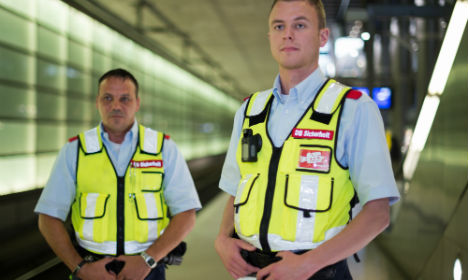 In the first half of 2016, more than 1,100 DB employees were victims of violence, including spitting, cursing, or even life-threatening attacks, marking a surge of 28% compared to last year.

In one of many instances in the past few months, a passenger on a train in the town of Fulda started swearing at a 33-year-old train attendant and put him in a headlock without apparent reason, reports the Fuldaer Zeitung.

On another occasion, a train attendant in northern Bavaria was attacked and injured by a man whom he had asked for his ticket, according to the Main-Echo.

“We’re no longer going to let crazy people walk all over us,” said head of security Hans-Hilmar Rischke.

DB-authorities want to arm train attendants with alarm devices and pepper spray, and are even reviewing if specially trained employees should carry truncheons – though the latter two would only be used as a last resort, they say.

Employees who are in contact with customers would also undergo basic training concerning de-escalation and self-protection, including fitness and elements of martial arts.

In addition, Deutsche Bahn wants to up security staff by around 500 people nationwide, who would form patrols consisting of three to five officials along with guard dogs.

“We will really invest in this thing,” said Rischke. “Dogs give you more authority even with difficult customers.”

As another central measure, DB are planning to install video technology, which will be able to recognize abandoned luggage, people on train tracks and pick-pockets.

“First experiences have shown that there are much less attacks as soon as the perpetrator realises that he is being recorded and that he has to watch his own actions on the mini-monitor,” said Rischke.

And the German train and traffic union also thinks it’s time to act.

“Every attack is one too many. Nobody has to be the victim of cursing, spitting, groping, harassment or even attack,” said Klaus-Dieter Hommel, the vice president of the union.