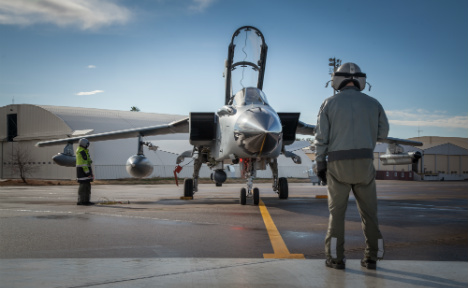 The bitter dispute has seen Turkey barring German lawmakers from visiting their nation's troops at the Turkish airbase of Incirlik, from where NATO forces are fighting jihadists in Syria and Iraq.

Germany last week stressed that the June parliamentary vote was a political statement and not legally binding, and voiced hope its parliamentarians would be able to visit Incirlik in October.

Asked about the request, Turkish Foreign Minister Mevlut Cavusoglu told Die Welt daily that “if Germany continues to conduct itself as it does now, then we will consider it”.

“But if Germany tries to treat Turkey badly, then this won't be the case,” he added, according to the newspaper's German translation, stressing that “Turkey is not a second-class country”.

German Chancellor Angela Merkel met Turkish President Recep Tayyip Erdogan at a G20 summit in China at the weekend and afterwards said she hoped for progress “in the coming days” on the requested airbase visit.

Germany hopes to invest €58 million in mobile barracks and other facilities for its more than 200 troops in Incirlik, from where it runs surveillance and refuelling flights as part of multinational efforts to fight the Islamic State group, Defence Minister Ursula von der Leyen said Tuesday.

Other sources of discord remain, including German criticism of the Erdogan government's treatment of critical journalists, its Kurdish minority and of many of the alleged plotters detained in sweeping arrests after a failed coup in July.